Wild About Wildlife: Flowering at the end of the world - Albert Nolan 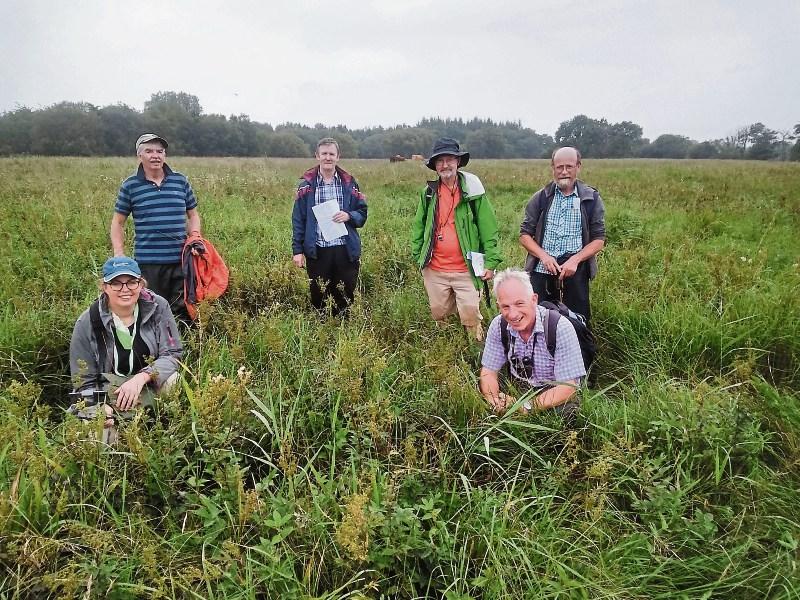 August might see the turning of the seasons, but there are still plenty of plants to be discovered in the countryside. On a muggy but dry day, I joined a small group of enthusiastic botanists, for a field trip through a meadow, at the World’s End in Castleconnell. The meeting was very relaxed in the company, of this very knowledgeable and experienced group.

One of the aims of the group is to reconnect the wider community with plants. Sharing and encouraging awareness of plants is an important step towards conservation. As I learnt on the day plants live in communities, as interesting and complex as any human equivalent.

John who is chairperson of Castleconnell tidy towns gave us an introduction to the area and has seen many changes since he got involved in tidy towns. Like many other groups the focus is now on sustainability and protecting biodiversity.

Today we were following in the footsteps of Sylvia Reynolds who has recorded every inch of Limerick and produced a book on the flora of Limerick. Sylvia had high praise for this rare unimproved wet meadow and recorded an amazing 70 species of flowers, grasses and sedges

The meadow is managed by a local farmer, who keeps a few cows on it and also cuts it for silage. His method of management helps protect this natural heritage and shows how farming and nature can work together. Future projects will hopefully include a wildlife information panel and thanks to the farmer for allowing access to the land on the day.

At a causal glance the meadow looks all the same but reading Sylvia’s description opened up my eyes to the subtleties beneath the green. Wet grassland, large shallow depressions wettest part and slightly wetter, each with its own interesting community of plants.

Along by the riverbank we recorded nodding bur marigold and gypsywort, two plants I had not come across before. Knotgrass, angelica and water forget me not were also present.

Out in the meadow the learning continued with a very pale knapweed with rayed petals. This plant normally has deep purple flowers.

Grasses are a major part of any meadow and we identified several species on the walk. Purple moor grass, timothy, velvet bent and tall fescue. Tom pointed out a devils toenail or ergot fungus that grows on the seed heads of some grasses. They are very poisonous and can cause nasty side effects.

Hands and touch are a great aid to memory and identification. For example if you your finger along the underside of tufted hair grass it can cause a nasty cut. The leaves of cat’s ear are soft and hairy like those of a cat.

The plants support a diverse community of insects. Geoff pointed out some of the colourful hoverflies. Other insects were a common carder bumblebee spotted by Liz, daddy long legs, weevil, painful horseflies, leafhoppers, silver Y and garden carpet and a four spot orb weaver spider.

In nearly autumn most of the sedges have finished flowering and look exactly like grasses. It takes an experienced eye and lots of patience to spot one in a meadow but a useful tip is that sedges have a triangular stem and this is very noticeable when you run your hand along the stem. The brown sedge has a ridged stem easily felt under the finger.

A lone popular tree growing in the meadow provided a few minutes of detailed discussion till it was agreed that it was black popular a native species whose status is under review.

Yellow loosestrife was a new discovery and under a hands lens you could make out tiny orange dots on the leaves. We had literally walked over it till Paul pointed it out. Once we were aware of it we quickly spotted more plants. Growing in the same wet habitat was marsh cinquefoil.

Thanks to Mike Quirke for bringing us all together and to everyone for creating an amazing morning of connecting with plants.