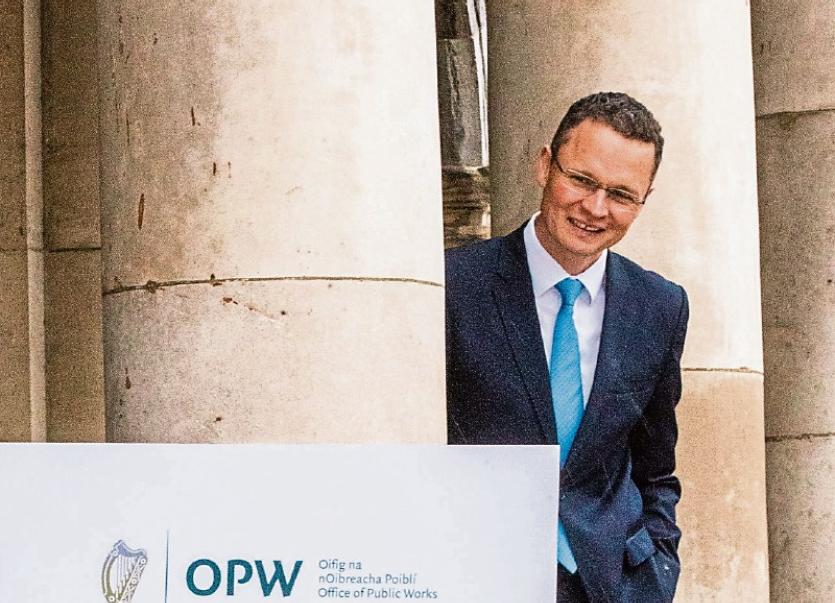 Minister-of-State Patrick O'Donovan: “It’s not as simply as being able to walk in and take it over.”

MINISTER of State Patrick O’Donovan has played down the chances of the Office of Public Works (OPW) stepping in to take over King John’s Castle.

Following news that Limerick’s prime tourist attraction is to close at the end of August, campaigners have suggested Shannon Heritage be stripped of the running of the facility, with the OPW being given the keys instead.

But, Mr O’Donovan told the Limerick Leader: “It’s not as simply as being able to walk in and take it over.”

However, he does feel the running of both King John’s Castle and Bunratty Castle in Co Clare should be examined.

“I think the local authorities together with Fáilte Ireland and government need to look at our tourism infrastructure. Covid-19 has focused our attention. Even the domestic tourism market won’t in any way supplement of replace the numbers who come in from abroad,” he said, “We need to be honest about that. The numbers just do not compare.” The Limerick TD holds arguably the ‘most senior’ of the junior ministries with his portfolio consisting of the OPW, which has its own department under its remit.

One of his first acts since being appointed to the role last month was to introduce free entry to a host of attractions run by the OPW, including Desmond Castle in his native Newcastle West.

Asked if he feels a lack of international tourists is a valid reason for Shannon Heritage to pull the drawbridge up on King John’s Castle, he said: “I don’t have the exact detail, so I don’t think it would be fair to comment”.

“But what I do know is there was a plan in place previously to redevelop and promote King John’s Castle and Bunratty Castle. For whatever reason that didn’t go ahead,” he said.

Mr O’Donovan feels the whole role of Shannon Heritage needs to be looked at, especially in relation to Shannon Airport, which is at a low ebb itself.

He said: “Where is Shannon Heritage’s future? Is it attached to an airport which is currently struggling and needs time to refocus? How does the airport link in to the development and future of the rest of the Irish airports? We need to have an open and honest discussion about this.”

He pointed out there is a vast industrial land bank around Limerick’s local airport, and floated the idea of Limerick or Clare’s local authorities taking this on.

“It is our airport, but there is more than that. There’s a land bank from an industrial point of view. Is there a different purpose that can be put to? Can the local authority have a role in the management of the land bank,” the Minister of State asked.

Mr O’Donovan, returned for a third time to Dail Eireann in February, said of his appointment: “It’s an endorsement not only of my own work, but also of my team and my supporters in my constituency and the work I’ve been doing with all my government officials in the last number of years.”