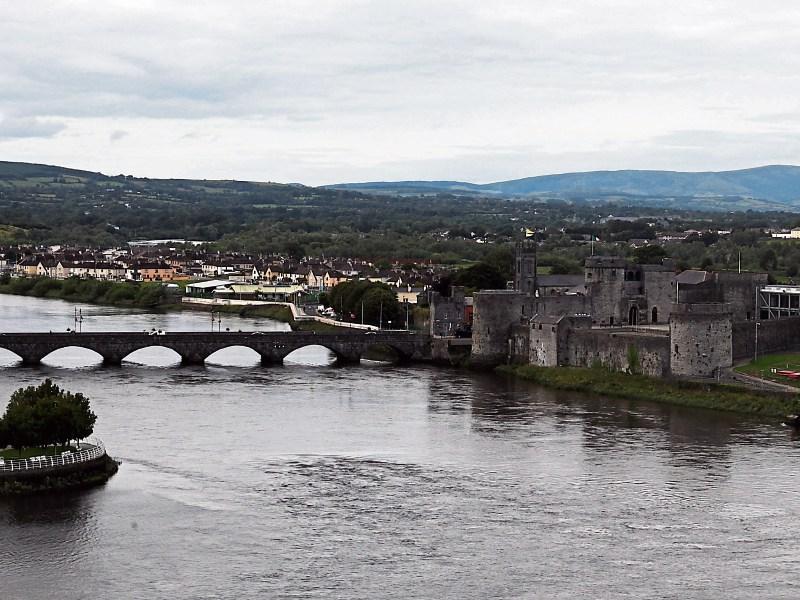 THE Limerick Chamber has waded into the row over the planned closure of King John’s Castle next month.

Dee Ryan, who is chief executive of the largest business lobby group in the region, said closing the castle on August 31 represents an “untimely and damaging blow” to the tourism sector “and inadvertently sends the wrong message when we are trying hard to develop and support the tourism offering in the region.”

Shannon Heritage has blamed a fall-off in American tourist bookings in the winter for the move which puts 145 full-time jobs at risk.

But as the fallout from the decision continues, local councillors have also agreed to up the campaign to get the semi-state firm to change tack.

At a specially convened council meeting this morning – attended by castle workers – members unanimously agreed to join forces with their colleagues in Clare – also impacted with the impending closure of Bunratty Castle – and also lobby the new tourism minister Catherine Martin.

They have also called for newly appointed OPW junior minister Patrick O’Donovan to work to bring the castle under the auspices of this body and reverse the closure.

In a letter to councillors, the Shannon Group chief executive Mary Considine repeated the company’s stance on the re-opening of the castle.

She wrote: “To open beyond August 31 will increase the losses already being incurred by Shannon Heritage. When the schools open in September, the domestic market will dry up and given the current social distancing challenges, it’s unlikely that we will have any school tours to the attraction in 2020.”

Sinn Fein councillor John Costelloe said: “This decision has shown a complete lack of ambition or understanding of the needs of the region, and the many businesses which depend on tourism revenues for their survival. There are full time workers, but also also artists in these sites and it’s very tough for seasonal actors who love to entertain the children at Christmas, Halloween and Easter. Where is the loyalty towards the work force? I’m asking everyone here to work together to protect jobs and cherish our heritage.”

“It makes me question whether the Shannon Group is really suitable to run these sites? They hope this will fall off the agenda. It won’t. We will continue to raise this until we find a satisfying solution that protects jobs and recognises our identity,” he added.

His party colleague, Cllr Olivia O’Sullivan added: “If the Shannon Group think this letter is going to appease us, it will not be the case. We will not just accept King John’s Castle as a picture on a postcard for Limerick. We cannot just allow them to close our castle.”

“Patrick O’Donovan should also look to examine the feasibility of the OPW taking over the castle, Bunratty and the other heritage sites. If he would be able to get this something over the line, what a great thing to be able to say you’ve done,” Cllr Sheehan said.

Independent councillor Elisa O’Donovan referred back to the lease agreement which was signed between the council – custodians of the site – and Shannon Development (a forerunner to Shannon Heritage) back in 1994.

She believes that over that time, the lease conditions have been breached, in particular that the site was used for things other than tourism.

Clllr O’Donovan outlined the Scare Factory and Oktoberfest as two such examples.

Sinn Fein member Sharon Benson said a previous issue of seasonal staff – like those at King John’s Castle – not being included in the wage subsidy scheme has now been addressed, adding this should remove an obstacle for the continued opening of the facility.

“The move was very short sighted,” he argued, “We can no longer rely on international visitors. We need to attract domestic tourists to Limerick.”

Former mayor James Collins pointed out the Shannon Group was one of the signatories to a charter which led to the co-operation between agencies which has paved the way for the recent development of the city.

“The closure is opportunistic by them, and I do feel they are using Covid-19 to further their aims. It’s short sighted at a time when we are making a bid to encourage staycations,” the Fianna Fail man said.

“For the group responsible for this closure, it’s like saying Limerick has been closed down both domestically and internationally.”

His party colleague Kieran O’Hanlon said: “They are treating us with contempt and the workers in a deplorable fashion in taking away their livelihoods.”

Metropolitan district leader, Cllr Sarah Kiely said: “We all need to pull together on this.”

Chamber chief executive Ms Ryan added: “Limerick Chamber urges Shannon Heritage to explore all available options to reverse this decision and to redouble efforts to win tourism for the region in the shoulder periods of this year. We need to declare Limerick is open for business right now and not the contrary.”