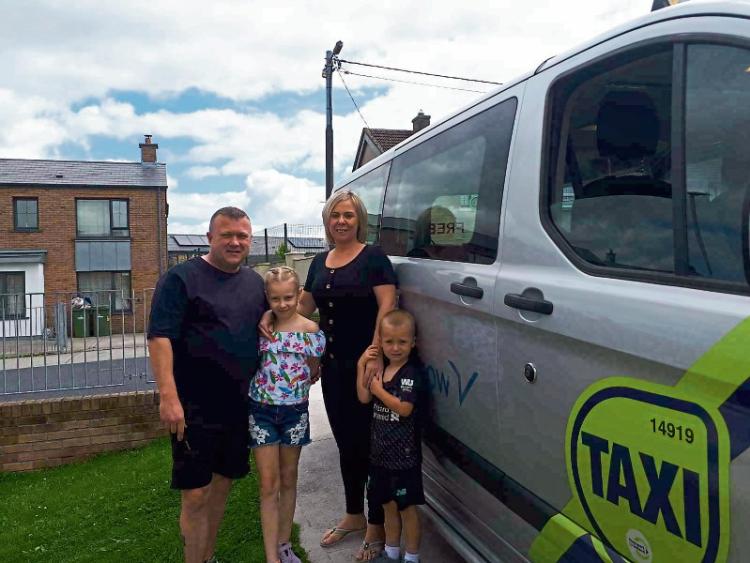 EDDIE Costelloe, who scooped €500,000 on the Euromillions plus draw is to help a campaign to build a unit to tackle mental health issues in Moyross.

It’s been a whirlwind few days for the father-of-two after his numbers came up on Friday night last.

He says he will return to work on Monday – but not behind the wheel of a taxi, something he’s happy to say goodbye to.

But before that, this evening Eddie will be attend a pre-season charity cup friendly match between local rivals Moyross United and Ballynanty Rovers in aid of a wellness unit being planned at Corpus Christi National School.

It will be a poignant moment for him, having lost his own brother Stephen to suicide.

"My brother Stephen took his own life a few years back. That kind of thing sticks close to my heart. If I can help out, it would make me feel a bit better as well. This whole area, Limerick and Ireland has been impacted by suicide. There's an awful lot of young people and when I hear it, it brings something back to me," he explained.

Eddie has urged people to get behind the initiative, with every cent raised going towards the new unit which will support youngsters at the school experiencing mental health difficulties.

He explained how he actually met former Moyross United soccer boss Philip on the forecourt of the Circle K garage in Thomondgate where he bought his ticket.

“I actually had the ticket in my pocket. Naturally I didn't know I'd won then as the draw hadn't happened. I told Philip I'd call over with a bit of a donation for the match,” he said.

Despite his windfall, he is not going to change.

”I’ll still be the same Eddie Costelloe,” he smiled.

The match tonight will see the Monks Charity Cup played for the first time since 2010, when the Franciscan Friars face the gardai at Shelbourne Park.

One of the friars, Fr Joseph encouraged people to come out.

Eddie Costelloe is an uncle of Munster star Keith Earls, who himself helped organise the first staging of the Monks Charity Cup more than a decade ago.