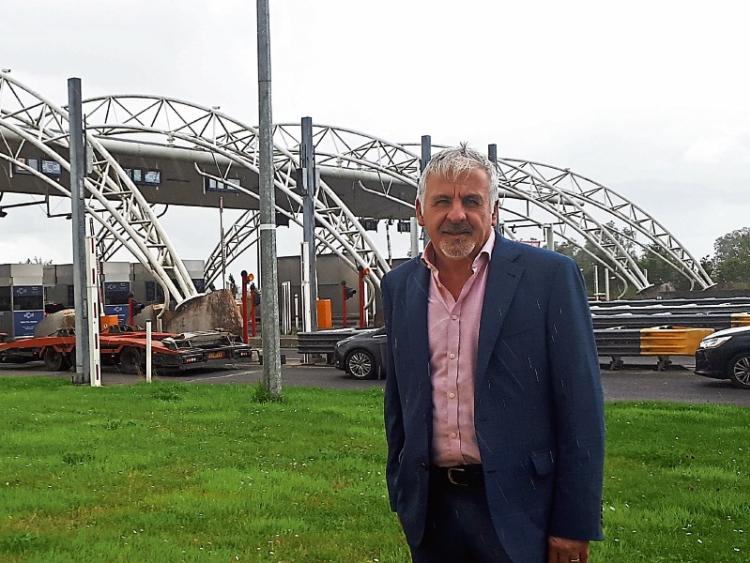 In your own words, tell us a little about Direct Route (Limerick) and the Limerick Tunnel.

The Limerick Tunnel was originally a successful tender, through the state, to build a road in 2006.

After three years of construction, we officially opened the project in July of 2010.

Our shareholders in the build were contractors Lagan, Roadbridge, Sisk and Strabag, which was a German/Austrian company, specialising in tunnels and bridges.

These key shareholders were part of the business until May 2019. Then our construction partners sold their shares, so we now have Meridiam Infrastructure Finance, Tic and 3I.

These are international companies which invest in infrastructural projects: hospitals, roads, schools. They’d have hundreds of projects throughout the world. As well as the Limerick Tunnel, Direct Route runs the N8 toll in Fermoy, Co Cork.

How many people work for Direct Route (Limerick)?

Headquartered here in Limerick, we have 50 people working in our toll plaza at Coonagh around the clock. I don’t know why we have a front door to be honest, there’s always someone here! We have three entities here: Direct Route which is the concessionaires, Egis Lagan, which carries out the maintenance of the road and the tunnel and Efkon Ireland which manages the tolling. The staff in here are fantastic. Seventy-five per cent of everyone who started here 10 years ago are still here.

What happens, business-wise at the Coonagh toll plaza building?

We have two plazas, a main line one here in Coonagh and a secondary one in Clonmacken. Out of these, we would process around 25,000 vehicles a day. We have our peaks and troughs. The control room is there to monitor vehicles and their safety, as opposed to the tolling which is specifically around charging for specific vehicles.

How many vehicles have used the Limerick Tunnel since it opened in 2010?

We have had more than 69 million vehicles through the toll in the 10 years.

We only added them all up six months ago. We know the weekly, the daily, the monthly, the annual. But we were delighted. We had to check it – it’s an awful lot of vehicles. The first thing that comes into your mind is that there are only five million people in Ireland. But over 10 years, we’ve nearly doubled the amount of vehicles we’ve used from the beginning and we continue to grow.

What do the numbers tell us about the Limerick Tunnel?​

There are 100 cameras on the road outside the tunnel. We’d probably have another 60 or 70 within the two different bores. We’d have 14,000 pieces of equipment. It’s mostly backup power supplies, generators, cameras, UPS systems. Lighting. It can go on and on and on. It’s a large infrastructural project. We’d have 600 lights on the road and 1,050 in the tunnel itself.

What savings can you make by using a toll road?

We’ve always offered an electronic payment using a tag. Some 44% of people use this at the moment. In the next three to four weeks we will have contactless cards in all of the lanes.

Travelling from Coonagh to the Mackey Roundabout through the tunnel can take just six or seven minutes, as opposed to 30 minutes through the city.

What aims do you have to reduce carbon emissions around the tunnel?

It’s a huge issue. Carbon reduction measures can mean a lot of things, it can mean sharing vehicles, public bus use, other measures which make the reduction in carbon.

As we have a tunnel, it’s lit 24 hours a day, seven days a week. We looked at it and saw it as unsustainable, not from a financial point of view, but from an environmental one. We want to lower the emissions. So we set about looking at everything we use energy on. We’ve now got a three and four year plan to reduce carbon. We only buy carbon-sustainable electricity.

We looked at lighting. We are changing the 1,050 lights in both of our bores to LED. We are starting an installation project in October. Fundamentally, the lighting in the tunnel will go from a slightly orange colour to a very white, very clear lighting. It will improve things for people using the tunnel. It’s state-of-the-art technology.

We are also changing our 600-and-odd road lights. That will vastly reduce our carbon footprint, but we are going to continue to do everything we can to eliminate it and drive it down.

I am the chief executive. For me, it is about contract delivery. We have a State contract with various obligations. I deliver it. I’ve been at this in various guises for 14 years. I’ve never failed to deliver what I said I’m going to deliver. I’m old enough to remember the days of driving from Dublin to Limerick City. You couldn’t predict the time your journey would complete or how many times you’d stop on the way. Now I know if I leave Dublin, I’ll be in my office in Limerick in less than two hours.

I was born and raised in Dublin many moons ago! I got my engineering degree in the late 1980s, before going to Britain, before working in Switzerland, France, and all around the place. I used engineering to travel the world. I’d encourage our younger folk who are thinking of engineering – it has a very broad respect.

Every country in the world needs you, there are projects all over the world happening. I’ve worked on many of the biggest projects in the world and the opportunity it gives you is incredible.

In Ireland, I did structural and civil engineering which were the standard courses back in the 1980s. Then I was lucky enough go to Britain and work for a company called Brown and Root. There was a gentleman who was the expert in tunnel design. He’d been everywhere in the world. I got to know him very well, and I decided I’d effectively become his apprentice. Tunneling wasn’t taught in Ireland. So I learnt it over there.

Why did you join Direct Route (Limerick?)

An opportunity came up six years ago. I looked at this project. I like challenges. That’s who I am.

To improve our safety and lower our carbon footprint. But I also want to be the best at customer service as we can get.

If customers need or want something like contactless or Google or Apple Pay. The customer is king. If he/she finds it inconvenient, they won’t use it. I don’t want that. If he/she wants it, within reason, I will get it.

I swim in the sea 12 months of the year. When I first did it years ago, I felt mad. But when you come out, you’re just invigorated.

I enjoy golf – but I don’t have a lot of time to do it. I have a family life too.