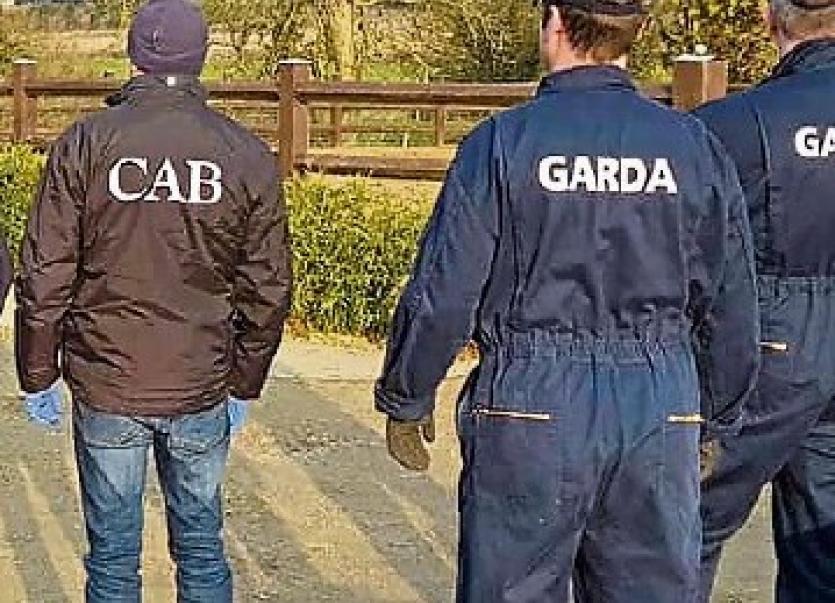 The case against Mr McCormack was brought by CAB

THREE properties owned by a man alleged to be a senior figure in organised crime were bought with the proceeds of crime, a High Court judge ruled this Monday.

John McCormack (48) with previous addresses in Shannon, Co Clare; Roxboro, Co Limerick and the Canary Islands and who denied the accusation had an judgement registered against him in respect of the three properties.

In his judgement, Mr Justice Alexander Owens said he was satisfied that Mr McCormack owns residences at Purcell Park, Shannon, and Cloontara West, both in Co Clare, and Claughaun Fort in Co Limerick. He noted that Mr McCormack also owned properties in Fuerteventura.

In his judgement, Mr Justice Owens said that CAB's case had been "that since the 1990s, Mr McCormack has been involved as a leader in organised criminal activities which have included the import and supply of large quantities of controlled drugs, dealing in stolen goods and organising cash in transit robberies".

"In 2005, McCormack bought land in Cloontra West, County Clare for €18,000 and significant structures were erected by him on this land. These include a concrete yard, a sand arena, a large shed, stables for horses and kennels for dogs. In 2011 he bought a house at Claughan Fort, Garryowen, County Limerick. Stamp duty details submitted disclose that €55,000 was paid," said Mr Justice Owens.

The judge noted that Mr McCormack was convicted and sentenced to three years imprisonment on February 14, 1994.

He said he did not accept Mr McCormack's evidence that he reformed and rehabilitated himself and the evidence instead pointed to his involvement in a continuation and escalation of criminal activity which he had been involved in since he was a young man and which led to his 1994 conviction.

Garda evidence, which was based on confidential intelligence, had previously been heard, which described Mr McCormack as having a "management role in serious criminal activities, such as large-scale importation of drugs, plotting cash-in-transit robberies and handling stolen goods".

Mr McCormack had a joinery business, dealt in plant hire equipment and also in sheds, horses and dogs, which he claimed had accounted for the income needed for the purchases.

CAB were not making any claim on four further properties in Fuerteventura but the judge noted that the bureau raised issues on how they were being financed.

Mr Justice Owens said the funding of McCormack's purchases and expenses cannot be accounted for by the sources of income identified; selling pedigree dogs, wedding presents, rental of machinery, selling gates, rental of the sheds in Cloontra West and the house at Claughan Fort, lottery wins and dealing in used and antique cars.

"The only credible explanation is that the hole in financing has been filled by cash and other value which represented the proceeds of serious crime and I am satisfied that the assets used to acquire them were not merely derived from an increase in wealth as a result of having taxed or untaxed income from legitimate business activities," the judge wrote.

Concluding, the judge wrote: "In my view, the evidence establishes that any businesses which Mr McCormack and his wife engaged in over the years were side-lines financed by his criminal activities and that his main business and the source of finance for these side-lines and much of his wealth was crime."