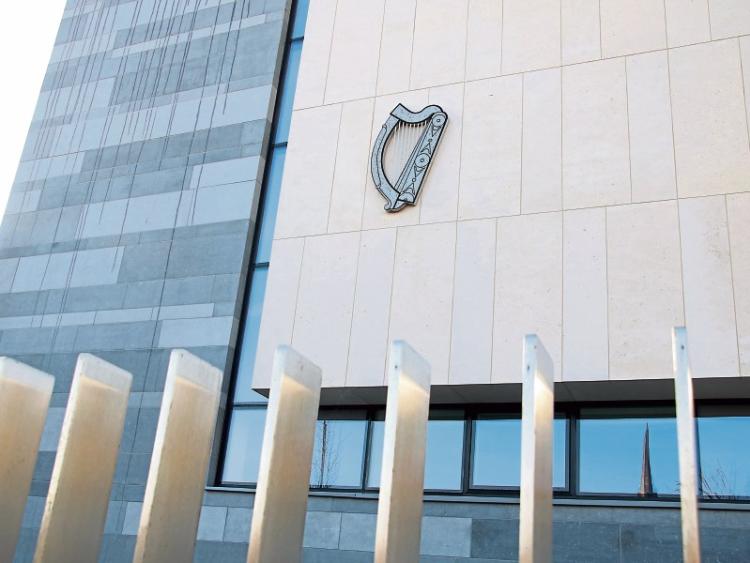 A YOUNG man who beat his pregnant girlfriend with a mobile phone charger and tree branches will be sentenced later this month.

The 22-year-old, who has an address in Limerick city, has also admitted falsely imprisoning and intimidating the woman by making threats during phone calls he made from Limerick Prison.

The man, who can’t be named in order to protect the identity of the complainant, also admitted assaulting three other people after he confronted the woman at a house in Annacotty last year.

During a sentencing hearing, Detective Garda Donnacha Coakley said the offences occurred shortly after difficulties arose in the relationship as the defendant believed the woman had become involved with another man.

John O’Sullivan BL, instructed by state solicitor Padriag Mawe, said the most serious incidents occurred in the early hours of May 3, 2019.

Having confronted his girlfriend, who was staying with a friend, the defendant “ordered her” to get into a car which he then drive to a secluded wooded area near Killaloe.

“He drove up a forest road, well into the forest,” said Mr O’Sullivan who said he was angry and repeatedly asked her about the other man.

Detective Garda Coakley said while in the wood the 22-year-old began “slapping” his girlfriend who was wearing pyjamas.

He punched her in the face and began “whipping her” across the arms with the cable of a mobile phone charger. The victim later told gardai that he also beat her across the legs with branches which he broke off trees.

Forensic examinations of the branches confirmed the presence of the woman’s DNA.

The victim told gardai the pain was unbearable and that she feared for her life during the ordeal which lasted for a number of hours.

CCTV footage of an incident which occurred at shopping centre on the outskirts of the city several hours later was played during the sentencing hearing.

It shows the defendant pulling the woman by the hair and forcing her into the rear seat of a car after she tries to get out of the vehicle.

A witness who approached the defendant later told gardai that he had been informed it was “just a domestic” and that everything was fine.

The defendant was arrested at Dublin Port a number of days after the incident and after gardai became concerned about interactions between him and the woman, audio recordings of phone calls made from Limerick Prison were obtained.

Detective Garda Coakley said the defendant can be heard making threats against the woman and urging her to withdraw her statement of complaint.

The 22-year-old has also admitted travelling to UK after escaping from lawful custody last August. Despite being handuffed, he managed to escape via a pedestrian entrance to Limerick Prison while being returned there following a routine court appearance.

Barrister Brian McInerney said his client wished to “apologise unreservedly” to his former girlfriend and to assure her that he bears no ill-will towards her.

He asked the court to note his client’s guilty plea and that fact that he is unlikely to have any significant contact with his young son.

He said what happened was a “crime motivated by passion” as human emotions can sometimes take over from rational thoughts.

Judge O’Donnell said he will have to give the matter “careful consideration” before imposing sentence.