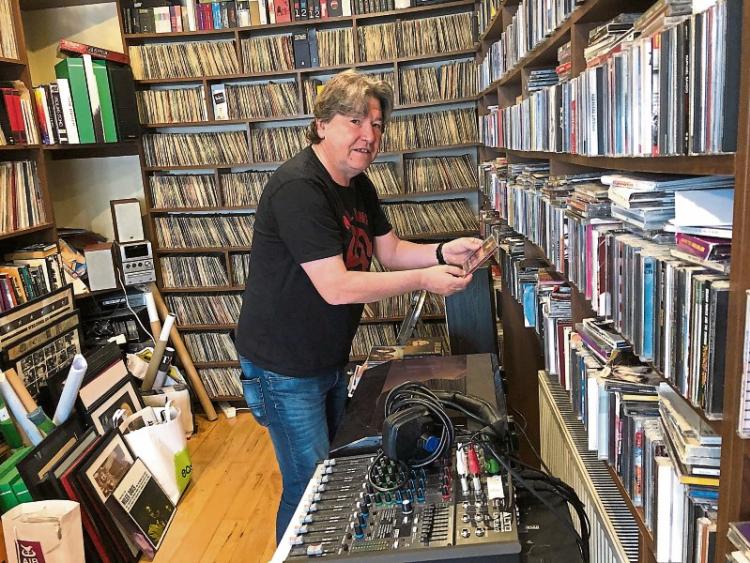 When I was asked to write this article, I said why not. However its overall content pales into insignificance compared to the work that has been done by our front line workers which includes our doctors, nurses, gardai, fire personnel, ambulance crew etc. On a personal level I want to applaud their efforts on the Covid-19 Pandemic to date, and also to remember the people who lost their lives during unprecedented health crisis.

Anyone that knows me is well aware of my love for music and this lockdown gave me the opportunity to do something that I have being threatening to do over the last ten years. My record collection has now become a treasure trove of music memories and quiet a vast one at that.

It came to the point that trying to find something in the record room was becoming a major challenge, so I decided during this period when we were all spending so much time at home, it was indeed time to put it into some sort of alphabetical order and at least make it easier to access and find a record with ease.

As with a major project like this there were many attempts to start at the letter A. But more often than not I became distracted back in time, when I would come across an album that I have not played in ages and I would find myself putting it on the turntable and sitting down and playing it while having a beer. This happened numerous times in the beginning but I eventually ploughed on because it is a huge undertaking.

Music has a tendency to revive many memories—it’s one of its beautiful strengths-- and it constantly happens to me when I hear a song, it can bring you back in time to when you had your first kiss. It can stir the memory banks to the first record you bought.

In my case I can remember the first record I played in Kilkee was in the Olympic Ballroom, now long gone, on a very hot summer night in 1976. It still sticks in my mind playing “Young Hearts Run Free “by the great Candi Staton. I still play that record to this day as part of my ‘Classic Hits Nights’ at the Whitehouse Pub and the Number 3 pub and for me it is still the best disco record of all time, and a huge crowd pleaser.

Collecting music, memories and memorabilia has been part of my life for nearly fifty years now, which has included old black and white photographs, posters, magazines, and programmes and over this period, it has become a very sizable and precious collection.

Over the years I have had the opportunity to tour with Thin Lizzy and Rory Gallagher working as a roadie, as well as several other international acts throughout the 70s and 80s.

I have also run several venues in the city which included the Shannon Arms, The Speakeasy now The Texas Steak Out, and Arthurs Warehouse in Robert Street, now the Market Night Club.

I have also been lucky enough to have a DJ career that has lasted 43 years to date and have played music in a number of clubs which have included, The Basement Night Club in the old Glentworth Hotel, The Brazen Head, Fernando’s, Tropics, Shannon Arms and of course the rugby clubs which took on a life of their own on Saturday nights in the late 70s and right throughout the 80s.

As a promoter I got to bring many of the top live acts to Limerick from the mid 80s, which included, Mary Black, In Tua Nua, The Blades, Something Happens, The Stunning, The Fleadh Cowboys, Mary Coughlan, and countless others. 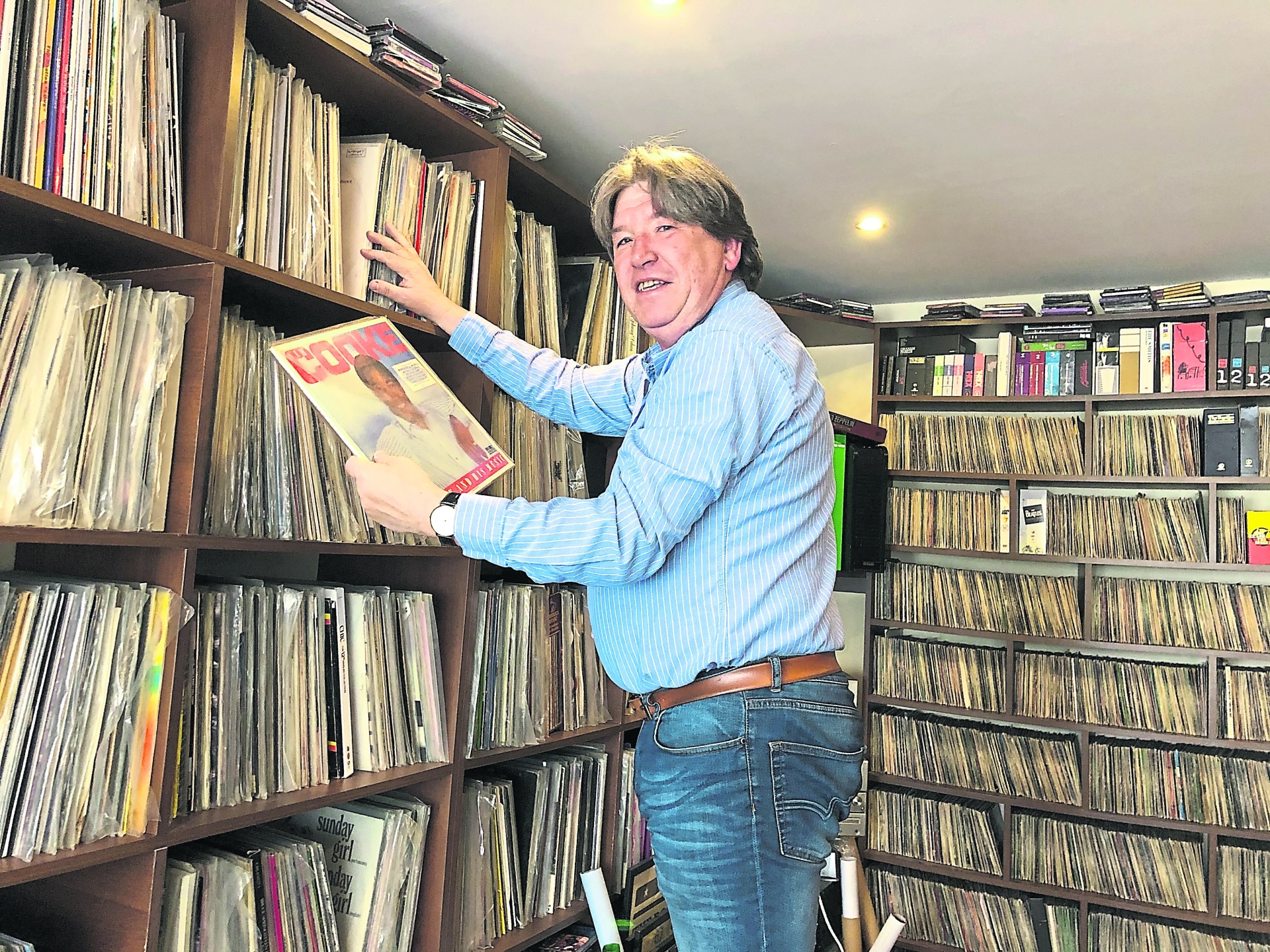 In 2014 with the help of the National City of Culture, I achieved one of my life long ambitions to showcase to the public part of my vast collection in an exhibition entitled ‘Music Memories and Memorabilia.’

The exhibition was seen by over 6, 500 visitors over a six week period during the City of Culture, and I am happy to say I am still working on bringing this project to the public as a full time tourist attraction and I am confident it will become one of the must see and go to visitor experiences in Limerick, along the Wild Atlantic Way, for national and international visitors.

Given this lifelong work, and the time afforded to us all at home under the lockdown, I no longer had an excuse and finally got down to the work of actually filing my record collection from A to Z.

I found however that’s much easier said than done.....because apart from the volume of records and CD’s there are to sort out, there are also the thousands of memories each album evokes as soon as I look at the cover.

Take for instance A, Abba, America, Allman Brothers, Ah Ha, or B, David Bowie, Blondie, Boston and these are just a few of the names in these sections and it is quiet difficult to venture in to each section without becoming a little bit nostalgic and remembering when you bought it and indeed when you played it for the first time.

The adventure of filing my record collection is continuing and will for some time I feel. I Have recently gone back doing a radio programme on Limerick City Community Radio as I am filling the collectio , which is giving me a chance to play records five days a week on a programme called Afternoon Delights on their online platform on www.lccr.ie, which broadcasts between 2pm and 4pm. This is also giving me an opportunity to play music I am coming across in the collection on a daily basis which in itself is proving to be a lot of fun.

Music has been a good friend to me and has given me thousands of great Memories, such as being at U2 in the Stella Ballroom to watch them start their career. The Hundreds of gigs I got to see in the old Savoy now part of our social history. The wonderful record shops that were very much part of my musical education.

It has indeed been a wonderful life and in the words of musician John Miles,

“Music was my first love and it will be my last”.