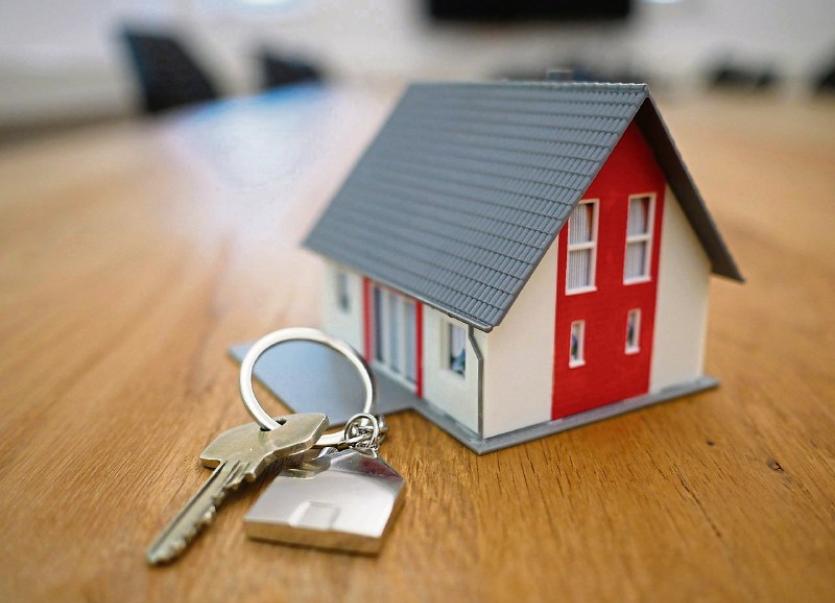 AVERAGE house prices in County Limerick were more than 11% lower last month when compared to 2019, a new report has found.

According to the latest Daft House Price report, the average price of a house in County Limerick at the end of June was €181,638 – representing an 11.4% reduction year-on-year.

The new monthly report gives key figures on the health of both sale and rental markets, with figures showing a 0.2% rise in rents nationwide in the year to June 2020.

The average listed sale price nationwide in June was €253,868, while the average monthly listed rent was €1,402.

According to Daft, the asking price for a three-bed semi-detached in Limerick city at the end of June was €155,000 while a similar property in County Limerick cost an an average of €113,000..

Figures for the number of properties posted for sale or to rent during June indicate a sharp recovery in market activity in June, compared to April and May, particularly in the sales segment.

Ronan Lyons, economist at Trinity College Dublin and author of the Daft Report, commented: “Market activity rebounded strongly in June, perhaps reflecting an element of pent-up demand carried over from April and May. This is particularly the case for sales, where over 5,200 homes were listed for sale during the month, compared to roughly 2,000 in both April and May. Nonetheless, the figure remains below the total for June 2019. In the rental segment, however, significantly more homes were listed in June this year than last,” he said.

“The concern remains that policymakers see this as the underlying problem solved. While the new government may want to favour the construction of owner-occupied homes, the fundamental shortages are in the social and market rental segments and it is those segments that must be the focus for policymakers over the coming years,” he added.