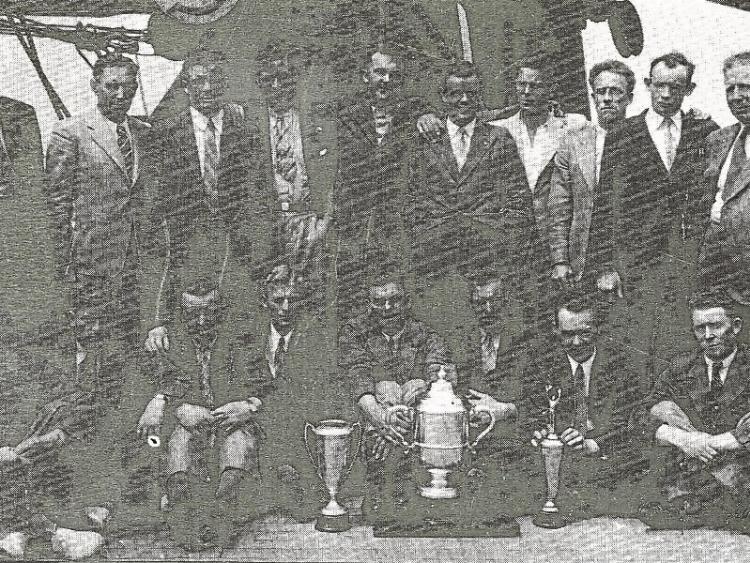 TIMMY RYAN was the fourth man to captain a Limerick hurling team to All-Ireland honours, and the second to receive the Liam MacCarthy Cup in 1932. He joined an exclusive group of Denis Grimes, Willie Hough, Bob Mc Conkey, Mick Mackey twice, Eamon Grimes, and Declan Hannon, to do so. In previous columns we have written about Denis Grimes, Willie Hough, Bob Mc Conkey, and Mick Mackey so this week we look at Timmy Ryan.

Timmy won three All Ireland senior hurling titles, five Munster titles, five National Hurling Leagues, five Railway Cup medals, and 13, County senior hurling titles with Ahane. He made his Limerick senior debut aged 20 and made 45 Championship appearances for Limerick. Timmy from Castleconnell was born on May 7, 1909. To distinguish the Ryan clan which densely populated many parishes in Limerick and Tipperary each family had a nickname, and Timmy was known as "Timmy Good-Boy".

Ahane failed to retain their title, however, Ryan's team returned to the championship decider once again in 1933. A 1–7 to 1–1 defeat of Croom gave him his second championship medal. It was the beginning of a run of success, as Ahane went on to dominated club hurling in Limerick for the rest of the decade. Back-to-back defeats of Kildimo in 1934 and 1935, followed by four successive defeats of Croom brought Ryan's championship medal tally to eight.

Eight-in-a-row proved beyond Ahane, as Croom triumphed in 1940 and again in 1941. Ahane hurlers bounced back in 1942 to reach a tenth successive county decider. A 7–8 to 1–0 defeat of Rathkeale gave Ryan a ninth winners' medal in the hurling championship. This victory set Ahane off on another great run of success. Further defeats of Croom, Rathkeale (twice) and Granagh/Ballingarry yielded further championships in succession. These victories brought Ryan's championship medal tally to a remarkable thirteen.

It was in the Munster championship of 1930 against Tipperary that Timmy made his debut in the green and white jersey of Limerick. A colleague on the team that day was Tom Slattery from Pallas, father of Fergus of Ireland rugby fame. Timmy was one of the greatest midfielders the game has known. He was a master of the delightful art of overhead striking and in this facet of the game he was without peer. He was known to have doubled on puck outs and sent the sliotar over the bar. He was a master of every stroke. He played the sliotar first time as it came to him-overhead, shoulder high, or on the ground. He always felt that too much lifting and handling the ball took away from the game of hurling as a spectacle.

Timmy spent his entire career in the midfield position and turned in consistently brilliant performances. He had a reputation of being scrupulously clean and sporting and was known to delay or halt his pull on the sliotar to avoid hurting an opponent. In build he had a strong rangy sinewy frame. Within it there was strength and stamina and staying power. He had a great engine too powered by a dynamo that generated massive levels of energy. Little wonder, as Garrett Howard once said , that his colleagues used to call him "the horse."

Timmy's hurling skills were honed, initially in the Ahane colours, and their second county senior hurling title in 1933, paved the way for him to captain Limerick in 1934, the Jubilee Year of the GAA. A special set of All Ireland medals was struck for the occasion, and every county team wanted to win them. Timmy once said that his special memory of matches was to captain the Limerick team in the Jubilee Year of the GAA to All Ireland success.

When the 1934 Championship began Timmy knew he was leading a team that was on a winning roll. They were winning in tight finishes and extricating themselves from tight corners. They were being moulded into a cohesive unit and were gaining in confidence. The games ahead would be a test of steel and resolve and hurling craft. So, let's look at the background to a championship that consisted of six very testing games before Limerick emerged as All Ireland champions.

Clare presented the opposition in the opening game at the Gaelic Grounds on June 24. The brilliance of Paddy Scanlon in the Limerick goal kept Clare at bay in the first half when it seemed as if the Dalcassions might spring a surprise. But when Limerick settled down and took a grip on the game, they finished with a convincing win on the score of 6-4 to 3-2.

Limerick then faced Cork in the Munster semi-final at Thurles, and Timmy knew this would be a tough one. In the Thomond Feis final a month previous Cork had led by five points at half time, and in the end only lost by two points. Two goals in the opening quarter via Jackie O'Connell, gave Limerick a cushion for what lay ahead, and they needed it.

This was an eyeball to eyeball contest with no flinching on either side in what was a test of steel. Five minutes into the second half Mick Brennan sent Cork supporters wild with delight when he netted the equalising goal to leave it 2-2 each. It remained that way for twenty minutes more as the tide of battle ebbed and flowed. Every effort, Herculean at times, brought no reward on the scoreboard to either side. The supporters of both sides were tense with excitement with only five minutes remaining. We will continue the story next week.