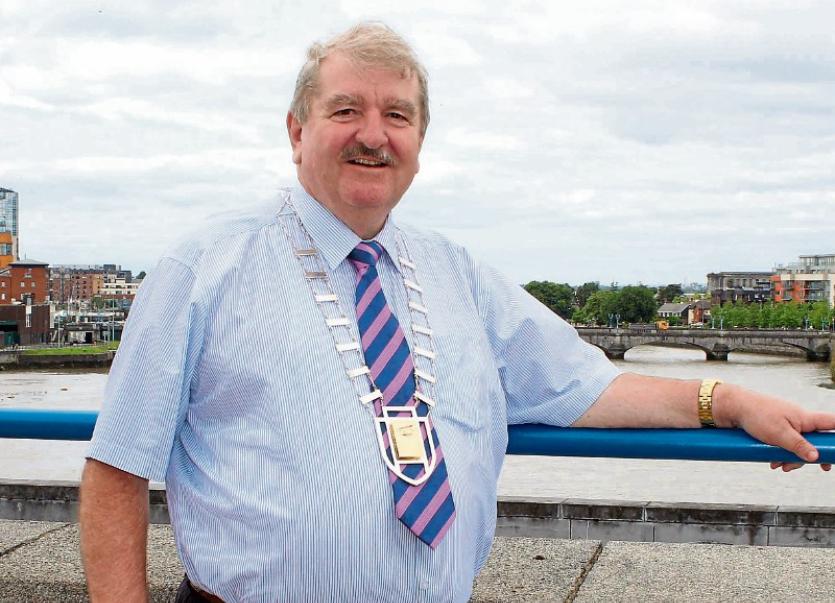 WHILE  two local councilllors had rebelled against the Programme for Government – with a third saying he’s “deeply unhappy” with what’s on offer - there was shock in Fianna Fail circles this Tuesday when one of the three men quit the party.

Long-serving councillor Eddie Ryan has sensationally resigned from Fianna Fail, which, he says, has treated him “scandalously”.

The Galbally man made the announcement at a meeting of the Cappamore-Kilmallock municipal district held in Colaiste Iosaef, Kilmallock this Tuesday afternoon .

Prior to Tuesday's meeting as grass-roots FF party members returned their ballot papers, Cllrs Ryan and Kevin Sheahan revealed they voted no on the historic deal which would see the Soldiers of Destiny go into coalition with the Green Party and Fine Gael.

And the party’s second general election candidate Michael Collins, who is set to be elected the new mayor of Limerick next week, said: “It’s a very difficult choice as a senior party member”.

Both Niall Collins and Willie O’Dea have endorsed the deal which among other things will see a rotating Taoiseach, and a pledge to ban the sale of new and the importation of second-hand petrol and diesel cars from 2030.

But many local party members have said they are voting for the deal “through gritted teeth”.

High-profile Askeaton councillor Sheahan, a former mayor of Limerick, has voted no to the deal, and says he has urged other local party members to do likewise.

"If the Greens get their way they will destroy rural Ireland," he stated, “The Greens will destroy the traditional way of Irish life, you won't be able to have a fireplace in your front room and they are against one off housing. How can we reinvigorate rural Ireland when we won't give planning permission to people to build houses in the areas where they were born and grew up.”

Newcastle West based councillor Michael Collins, meanwhile, is bemoaning the fact the deal will see the State end support for the Shannon LNG project at Ballylongford.

”There’s a lot in [the programme] which is going to be unfavourable to rural Ireland and I have a big issue with that.

“The Greens seem to also be pushing for certain roads not to be built. If it puts the M20 in question, I'd have a problem with that. It’s a vital piece of infrastructure that has to be built for the development of Limerick,” he said, adding he’s concerned about a situation of the “tail wagging the dog”.

He's still undecided on the deal, but said: “There are six votes in my house and we’ll be voting en-bloc”.

Independent councillor Emmett O’Brien, a former member of Fianna Fail’s national executive, said if he was still in the party, there’s no way he would vote for the deal that’s on offer.

“To go in with a bunch of headbangers like the Greens is just off the wall. The Green party is showing Ireland what they are, which is a bunch of watermelons. Green on the outside, really red on the inside. It’s a neo-marxist party which is intent on taking down the system. The people of Ireland and rural Limerick are going to pay a heavy toll for the Greens being in government,” said the Pallaskenry man.

Green councillor Sean Hartigan laughed off this criticism, saying Cllr O’Brien is “just stirring it up”.

Cllr Sheahan said he would like to see Fianna Fail go and talk to Independents if the current government deal is rejected.

However, his party colleague Bridie Collins, Adare, does not think this is the right approach.

She said: “I would hate to see us go back and have to talk to Independents. In previous governments, the Independents have done really well. Their wants or wishes have had to be pandered to. Some of it has been very good, but generally I find their needs are very insular and area-specific. They are not for the greater good of the country, and right now we need this.”

Elsewhere in West Limerick, the Abbeyfeale based Fianna Fail councillor Francis Foley says he will be backing the programme.

“I think we need a government. We have to work together, and we have to ensure common sense will prevail if we go in to government.

“In every situation there needs to be some compromise. The country is going through a rough time. We need a stable government,” said Cllr Foley, who is the leader of the Newcastle West municipal district.

With the polls closing on Friday, it appears that despite opposition from Fianna Fail’s grass roots, the real battleground for the government deal will be in the Green Party, where a 66% threshold is needed for it to pass.

Cllr Hartigan and his party colleague, Cllr Sasa Nowak have said they will be backing the deal.

All parties are expected to announce the results of their votes late on Friday.