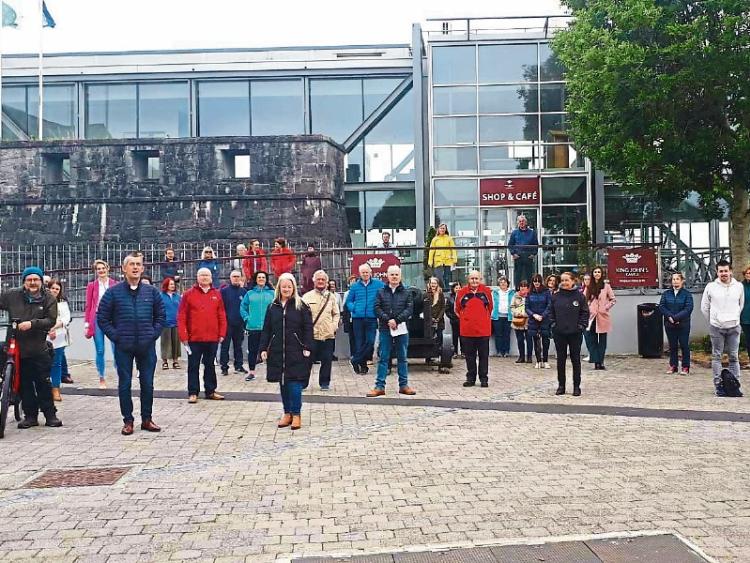 LIMERICK’s political community has once again offered its full support to staff in King John’s Castle who are facing redundancy come September.

There’s been criticism of the Shannon Group after it confirmed that both King John’s Castle and Bunratty Castle will close for the winter season after August 31, in a move which could see almost 150 permanent and 200 temporary staff jobless.

Siptu representative Rachel Keane said: “Our members are seeking the political parties to get involved and get this decision reversed. It doesn't make any sense. Not only to our workers, but also makes no sense to tourism.”

She confirmed the union sought an assurance from management at the castles that they would remain open in September.​ This wasn’t forthcoming, with the Shannon group previously blaming the fact US tourists are not likely to come in winter.

“They made this decision prematurely and without thinking about the strategic plan that will be in place in regards of tourism,” Ms Keane said.

In response, a spokesperson for Shannon Heritage said: "The Covid-19 pandemic has had a catastrophic impact on our Shannon Heritage visitor attractions. The closure of all our sites since March has severely impacted our revenue stream. Shannon Heritage sites make the bulk of their operating revenue in the peak tourist season which allows them to sustain their operation in the off-season period. Our visitor attractions at Shannon Heritage rely heavily on overseas visitors flying into the region, who account for up to 70% of our visitors and revenue. It is becoming increasingly likely that there will be no international tourists in Ireland for the remainder of this year, and unfortunately the anticipated level of domestic visitors will not be near sufficient to make up the shortfall."