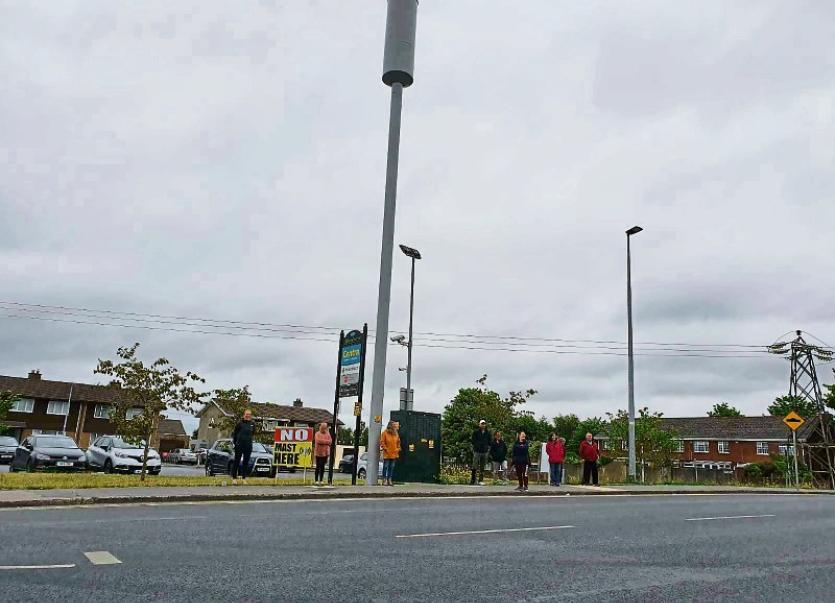 NORTHSIDE residents have staged a protest against a 5g mast which they describe as an "eyesore" which is "dwarfing our houses".

A huge receiver for telecommunications has been erected beside the Woodivew Shopping Centre in a move which has left locals reeling.​

Now, they have written to An Bord Pleanala in the hope of getting it taken down.

The mast was erected in early March.​

In a statement, they said they were not consulted​ on the 15 metre high structure, and they were backed up by local representative Pat O’Neill and Fianna Fail TD Willie O’Dea.

Residents say they worry that the erection of mast has caused locals feel anxious and worried.

“​The mast has the potential to be a traffic hazard due to its scale on a busy road and close proximity to a pedestrian crossing,” the group said in a statement.

Their protest, which took place on Wednesday last, took place to raise awareness of their campaign.

The council has previously said the area is a “known blackspot” for mobile and wireless broadband internet coverage.

"Similar poles have been erected around the country in similar locations to improve mobile and wireless broadband coverage," they added.