Letter to the Editor: 'Brennan’s bread on table but no Eucharist' 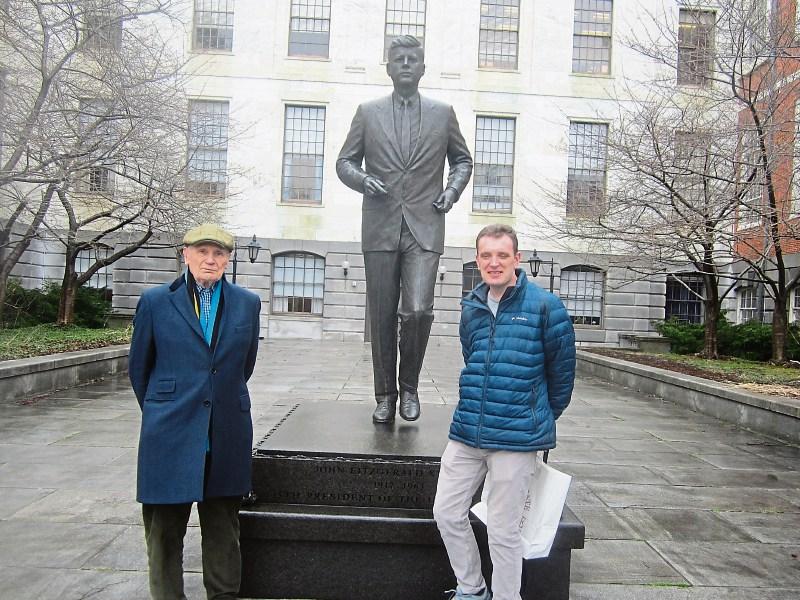 John visiting his son Jeremy Leonard is pictured with the JFK statue in grounds of Massachusetts State House. John was last able to attend Mass in Boston before the lockdown

Since March 14 there has been a huge lacuna in my spiritual life - that date was the last time I was able to attend Mass physically (in Boston).

This has been a most difficult time for everybody - unprecedented in our life time. The proposal that Masses will resume on July 20 (fourth of the five phases to open up the economy) is to my mind bizarre and unacceptable.

Spain , Sweden and Poland did not produce a ban on public worship but enforced strict social distancing.

Croatia, Austria , Monaco and Slovakia have already restored public celebration of Masses. Portugal will resume on May 30 and France in early June. Italy resumed in early May and Germany has also reopened for services; in each case under strict guidelines.

Why should Ireland be the last ?

By June 8, twenty European countries will have reinstated public Church services adding to the three countries - Spain, Poland and Sweden -in which worship was never suspended.

I am now respectfully calling on our hierarchy to lobby the government for an earlier resumption of services in our Churches - a fast tracking to the first week of June, Deo Volente.

Masses can be conducted in an organised format while maintaining strict social distancing. Perhaps special Masses for the over 70s and other Masses specifically for the younger and general congregation.

It is incumbent now for the bishops to intervene on behalf of a very discontented faithful out there.

It is ironic that you can buy Brennan's bread in the supermarket but the Bread of Life, the Holy Eucharist has not been available to the faithful for the past two months.

Jesus said, "where two or three are gathered together in my name there am I in their midst" so it is over to the hierarchy for serious intervention and restore our religious freedom. Let's get the people back into the pews for active participation and reception of the Holy Eucharist.