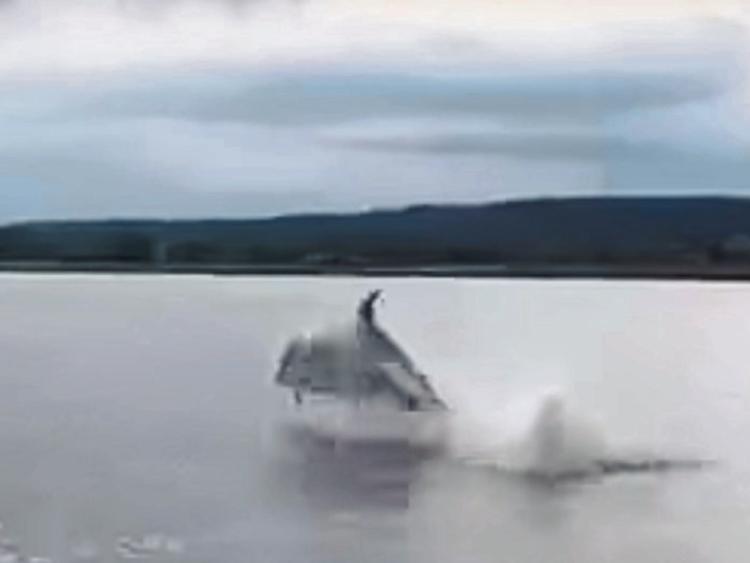 THERE was a rare sighting of dolphins in the river Shannon in Limerick city centre last night.

Two dolphins were filmed by Kta O’Connell near the Shannon Bridge as they darted down the river towards the Shannon Estuary.

Local marine wildlife expert Pat Lysaght said it’s rare to see the creatures so far into the centre of Limerick.

He said: “I’ve never seen them up that far. A couple of years ago I saw some dolphins down near where the tunnel is. Sometimes, you’d see them at Aughinish too.”

Pat said due to the coronavirus lockdown, the water in the River Shannon has appeared cleaner, as people cut their carbon emissions.

“All the fish are doing strange things lately. We had basking sharks coming into Kilkee and last year, dolphins were up by Durty Nelly’s in Bunratty,” he told the Limerick Leader, “But I’ve never seen them as far up as near the Shannon Bridge.”