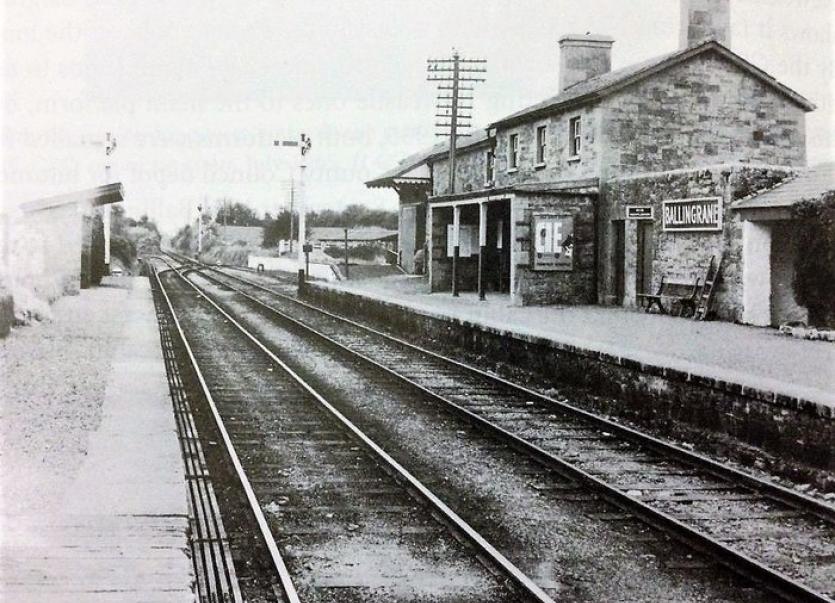 Limerick TD and Minister Patrick O'Donovan has welcomed the decision of Limerick City and County Council to purchase the old railway station in Ardagh as part of a Greenway plan he laid out with the Council when he was first appointed as a Minister in 2016.

"Over a long period of time I've held a number of meetings with the Council both in Ardagh with local people and Cllr Tom Ruddle, and in Limerick on a number of projects. These included sports and recreation, which I secured funding from the Government from for the Ardagh Recreation Project and St Kieran's. Through my work in Government these were among a number of local projects that I was able to deliver significant funding for."

"Through meetings with local groups and the Council I impressed upon the former Council CEO Conn Murray, and the current one, Pat Daly, that buying the Ardagh station is the right thing to do for the overall development of the Greenway."

"When I was first appointed as a Minister to the Department of Tourism, I used the position to source large amounts of funds from Government for the Greenway. I have worked with, and will continue to, the Council to develop its potential for all of the County as a tourism attraction and local amenity."

"I have strong family connections to the railway and to Ardagh, so it has been a real pleasure working with the locals on these projects. I've kept in constant contact with people in the area to get these projects to where they are and securing the Council agreement for the station after having had two meetings locally in the village and a number in Limerick is something, I'm very pleased with."

"I know that once the building is finally in Council ownership that there will be a long road to getting it back in use, but as I've said with other projects, securing these important building in public hands is a vitally important first step. There will be many other steps ahead, but I will work with the Council as the local TD for the area to push this project forward with Government."

"This is a big piece in the jigsaw that I laid out with the Council in my Department in 2016. I have already delivered a significant amount of money to the project including; the tunnel in Barna, surfacing, crossings, fencing, signage and other parts of the scheme and I hope going forward, to be able to deliver more. I believe so that we can have an attraction here similar to, if not better than, the Waterford Greenway, and that's what I'm focussed on for this."