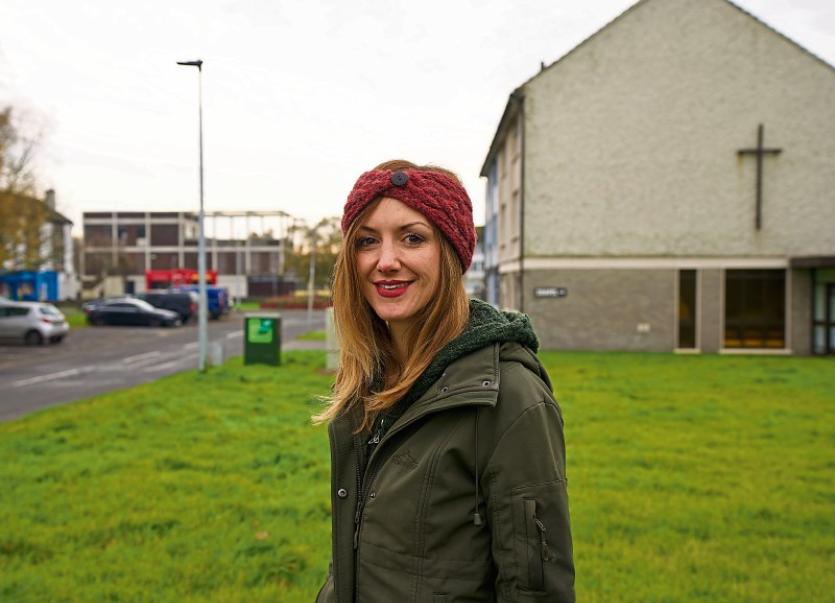 Geographer Mary Greene in Shannon while filming for Building Ireland

THE national and international significance of Newtown Shannon and the Shannon Airport Free Trade Zone will be examined in the latest episode of the award-winning television show Building Ireland.

During this week’s episode,  geographer Susan Hegarty discovers how the success of the Shannon Airport Free Trade Zone, which was established in 1959, sparked the building of Ireland’s first new town in more than 30 years.

Building Ireland which is produced by ESRAS films for RTÉ television, brings viewers on a journey around Ireland and explains aspects of built heritage and local landscapes which many people may see on a daily basis, but which they rarely question.

”This is the power of public broadcasting at its height – creating a public who are informed and enthusiastic about their surroundings, and proud of their heritage,” said Susan Hegarty.

“​The form of our contemporary built environment is influenced by its past. Our cities, towns and landscapes have evolved in a particular way as a result of layers of activity laid down by previous generations,” added architect Orla Murphy.

In the rural Ireland of the 1950s, apartment living was an entirely new concept.

In the new town of Shannon, @ESBGroup even issued pamphlets on the culture shock of moving into an all-electrical home!@OrlaPMurphy tells us more - #buildingireland, Thurs at 8 on @RTEOne. pic.twitter.com/F9alzFeT9X

In the late 1950s, Shannon Airport’s success depended on transatlantic flights stopping to refuel but advances in aeronautic technology at the time meant  those days were numbered given the ability of commercial aircraft to bypass the airport.

As a response this challenge and rural decline and de-population, the establishment of the Free Trade Zone saw the  creation of thousands of new industrial jobs in the early 1960s.

This prompted the design and construction of a new community (Shannon town) on a green field site in County Clare which was built based on latest ideas in urban planning.

Viewers of Thursday’s programme will also see Dr Mary Greene explore the social and cultural impact of this gargantuan undertaking.

Following its development, Shannon Newtown became a multi-cultural oasis in rural Ireland and provided a model of socio-economic development that was exported to places like China and changed the lives of millions of people across the world.

“The story of Shannon Newtown is a story of community, of hope in troubled times, and of industrial development driving fundamental changes in the way we live,” said Turlough Kelly of Esras Films.

“Shannon Newtown was a bold, innovative, multi-cultural enterprise. It became an international model for urban planning and socio-economic development, and the lessons we draw from it are just as relevant today as ever,” he added.Building Ireland will be broadcast on RTÉ One at 8pm on this Thursday, May 14.