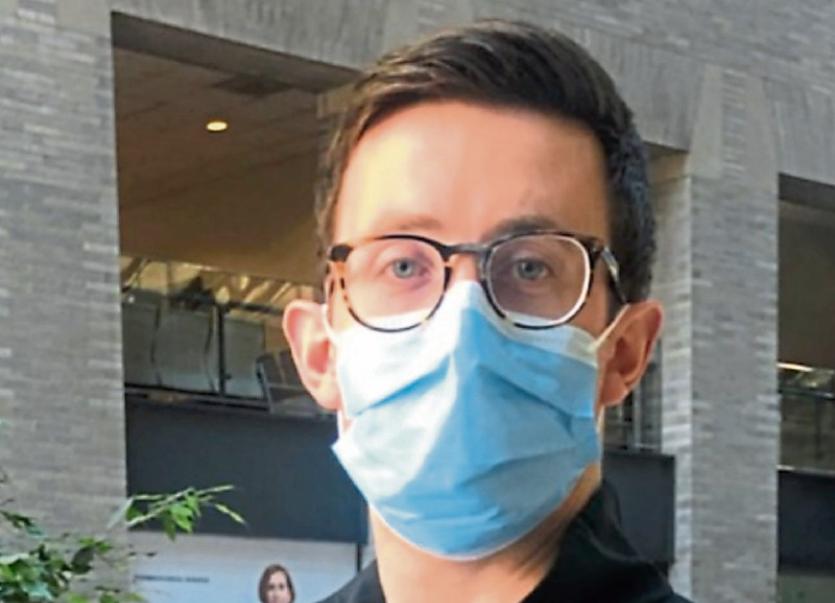 THE novel coronavirus (SARS-COV-2) has established itself as the most devastating worldwide pandemic in living history. Wuhan province, Italy and New York City have been deemed worldwide epicenters of the current pandemic.

As a Limerick native working as a doctor in Manhattan and Queens-based hospitals it has become all too clear that the plague of coronavirus has selected out the poorest and sickest members of these New York neighborhoods. Queens, NY represents the borough with the highest death toll throughout the entire US; as of April 21 2020, approximately one in 600 Queens inhabitants have died from Covid-19, the severe viral pneumonia caused by the virus.

Dr David Power originally from the Ennis Road in Limerick city is working in two New York City hospitals in the midst of the US coronavirus pandemic. Here he gives his perspective on why Covid-19 has hit the US (specifically NYC) so hard compared to Ireland

Comparing Queens and Dublin from afar, I am relieved to see the relatively successful response in Ireland from both a governmental and community aspect to ‘flatten the curve’.

Why has Queens been affected so significantly compared to Ireland? I believe that population demographics, baseline medical conditions and access to care may be some of the key reasons.

Queens has been deemed the “borough of immigrants”. More than one-third of the entire New York City foreign-born population are estimated to reside within its neighbourhoods. Immigrants now represent almost half the population there, in addition to half of its workforce. With that, Queens notably also contains over 5,000 Irish immigrants and over 100,000 people of Irish ancestry, the highest throughout all five New York City boroughs. While emergency departments throughout the US provide care to all patients regardless of their race, ethnicity or socioeconomic status, disparities in medical care access and GP care have been repeatedly described for ethnic minorities in addition to low socioeconomic status and immigrant populations. Such health care disparities may be significant contributors to the high case fatality rates in Queens compared like Dublin.

First of all, Queens is densely populated, with 7,879 people per square kilometer. Given that proximity to other people is a key factor in spreading the virus, compared to Dublin's 4,588 people per square kilometer we have significantly lower rates of crowding. Additionally, Queens contains two very large international airports, John F Kennedy International and LaGuardia. These are some of the busiest international transportation hubs throughout the US. Add to that that the majority of airport and transportation workers (including taxi drivers, bus drivers and ride-shap app drivers – Uberetc) live within Queens, this further increases the risk of transmitting the virus from visiting travelers to the people who live there. Finally, Queens’ congested subway system may further increase the risk of person-to-person transmission.

Another important factor is that Queens contains either the highest, or second highest categories of essential workers, including 33% of cleaners, 27% of warehouse and post workers, 24% of all shopping  and pharmacy employees, and 20% of food workers. With this, additional issues such as poverty, housing overcrowding and English illiteracy are high in Queens. People unable or reluctant to stop working for fear of lost wages are at an increased risk for spreading coronavirus within their homes due to cramped living conditions. With high levels of poverty in Queens, Ireland's relatively stronger social welfare system and smaller population may make it more feasible to support these vulnerable populations allowing them to ‘shelter-in-place’ at home.

From a population perspective, it is reassuring to see the people of Ireland taking social distancing seriously. Having previously worked in Cork University Hospital (Ireland's largest teaching hospital) it is clear that we do not have the ability to handle huge volumes of intensive care unit patients. Ireland has an average of 5-6 ICU beds per 100,000 people, although this capacity has been temporarily increased in preparation for the pandemic. In contrast, the United States has almost 35 per 100,000 people and have made similar increases in ICU bed availability.

If Ireland’s outbreak were on a similar relative scale to New York’s, the HSE’s ICU capacity would be rapidly overwhelmed. Given that Ireland cannot fight fire with fire, we have had to focus efforts on different tactics – with an enormous focus on social distancing, physical isolation, the shuttering of non-essential businesses and stopping large scale sporting/recreational events. These actions have come relatively swiftly compared to the US response and the Irish people, for the most part, appear to have accepted these initiatives with open arms and should be commended for their community responsiveness.

Finally, while working in hospitals throughout New York City, it has become clear that the people of NYC are, on average, sicker than those in Ireland. Chronic diseases are higher, while access to medications and GP care is more difficult in NY compared to Ireland. Research to date has indicated that older age, males, high blood pressure, obesity, diabetes and heart disease are important risk factors associated with worse coronavirus outcomes. New York City, and Queens in particular, has higher rates of these conditions. Add to that the difficulty that many of the foreign born population have in purchasing medications and accessing GP care, and it becomes clear the reasoning for why more of these chronic diseases exist in NY.

Sicker patients are likely at higher risk of developing pneumonia from coronavirus. Interestingly, while Queens has more GPs per capita than Ireland, (eg one GP per 1,500 people in Queens, one GP per 2,000 people in Ireland) it would seem that its inhabitants have poorer controlled chronic medical conditions such as high blood pressure and diabetes. This may reflect the cost of medications prescribed by one’s GP, or a fear of accessing care given lack of insurance and inability to pay.

The HSE may feel unwieldy and overly politicized at times. However, as a system it is something that we should be very proud of as Irish citizens. Access to free, open access healthcare is a commodity not available to those in many other countries. The coronavirus pandemic has also revealed the value of deep  social welfare nets in ensuring our population remains safe, healthy, housed and cared for.

The vast governmental and community efforts in social distancing and physical isolation have also been taken up with huge fortitude and the Irish people are to be commended for their unprecedented effort.