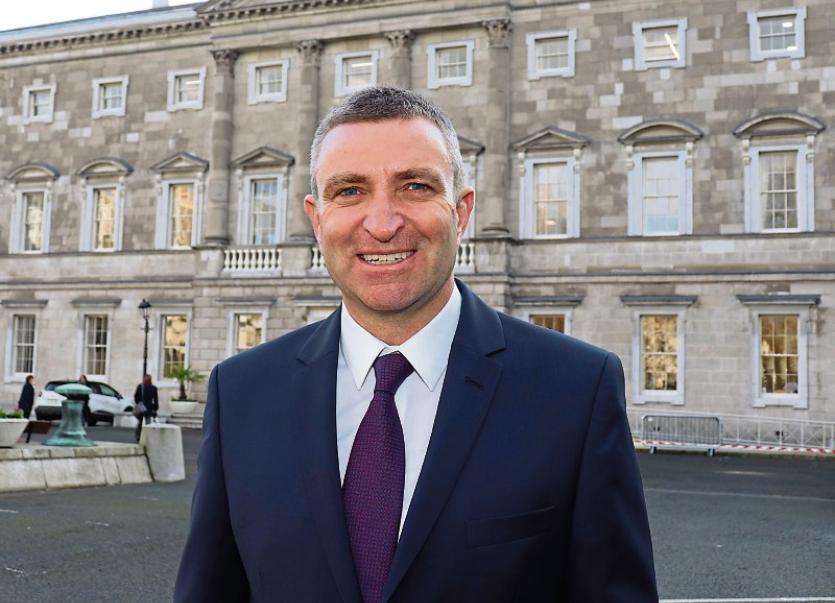 A LIMERICK TD feels under “cyber attack” after he was featured on a Facebook page called The Rathkeale Racist List.

Photos of Limerick Leader stories featuring Deputy Niall Collins have been posted on the site. The anonymous person behind the page wrote: “It's not the Travellers that are ruining the town it is the publicity that Niall Collins is posting on the internet. The only reason I think he is doing this is because he is a racist.” Members of the public have also been labelled as “racists” after they shared posts or made comments on social media.

Deputy Collins said he will not be gagged by a “nameless, cowardly, keyboard warrior”.

“I will continue to speak up and stand up for the good people of Rathkeale who are frightened and scared by the actions of a small minority of the community. The majority are making massive sacrifices to prevent the spread of Covid-19. They are not seeing loved ones, are staying at home and obeying the HSE guidelines.

“Yet they look out their window and see gangs of people strolling around the town. They hear music blaring from house parties. They see a video of a queue for an open air barbers. I will continue to do my job as a public representative; highlight the issues and concerns of my constituents and contact the authorities to act,” said Deputy Collins. The Fianna Fail TD “totally rejected” the charge of being a “racist”.

“I have never been accused of being a racist in my political career. This is a first for me and it is a new low. I am deeply hurt and offended to be labelled a racist. It is a smear campaign,” said Deputy Collins.

He reported The Rathkeale Racist List page to Facebook and asked them to remove it. In reply, a Facebook spokesperson said: “I have had my colleagues carry out an analysis of this page against our global Community Standards. Unfortunately they found this page to be non-violating.”

They continued: “I know this is not the outcome you will be satisfied with. Our Community Standards strive to strike the balance between users’ right to express themselves about matters of importance to them and other important matters such as safety and the potential for harm.”

Deputy Collins said: “It beggars belief that labelling somebody a racist is fine by Facebook”. He has appealed the decision and is considering reporting the matter to gardai.

One of the people whose social media screenshots have been posted on the The Rathkeale Racist List spoke to the Leader.

"I only shared the Leader story about the influx of Travellers coming to Rathkeale. The next thing I started getting intimidating messages on my phone that I was a racist. I am not a racist. I have struck up great friendships with the local Travellers over the years. Whenever I go into Rathkeale I am looking over my shoulder. I rang the gardai but they didn't take me seriously.”

A different person who is also on the “list” said: “I’m not a racist. When you see aerial images of Dublin and Waterford the streets are empty. On Good Friday in Rathkeale it was like the lockdown had finished and everyone was getting out all of a sudden. The ones having parties and are walking around in groups are only making a laugh out of us. I'm not going to turn a blind eye to what is going on. This virus could become rampant in Rathkeale,” they said.

The person added: “As far as the settled Travellers in Rathkeale are concerned, I have never had any problems with them. They get on with their business and they don’t cause any problems. It’s the people that come in for a month or so and take over the town. They are a law unto themselves.”

The Leader contacted the person behind The Rathkeale Racist List to ask them about the page, why they set it up, and accusations of enflaming the situation.

“He (Deputy Collins) is always on about Rathkeale, how bad it is, and the most of the stuff he says is lies. Why hasn't he contacted my page and speak up for himself, instead of spreading hate against the Travellers of Rathkeale,” they replied.