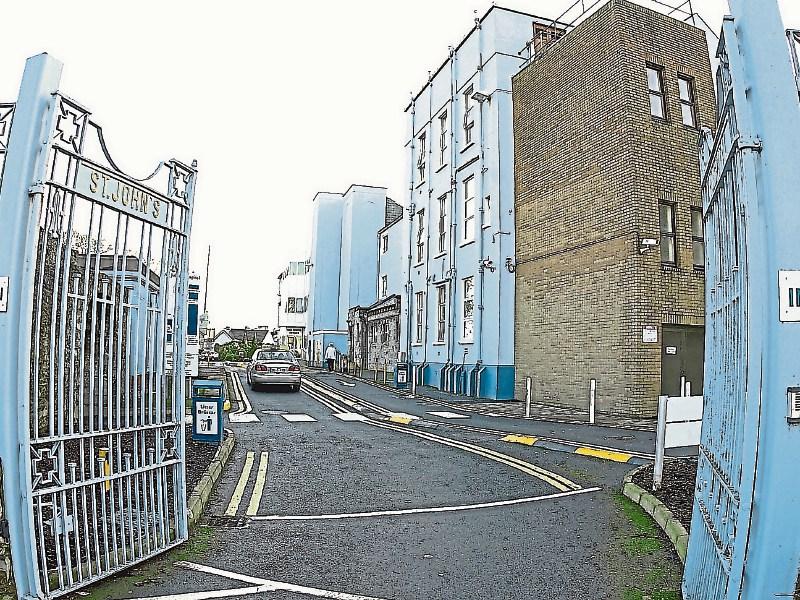 A MAN whose wife lacerated her finger with a hand blender has expressed his frustration that “in a time of restricted movement due to a pandemic, my wife and I had to cross Limerick city four times, and interact with several members of staff and patients at three medical centres” for treatment.

According to Eoin Callery from Castletroy the ordeal began on Wednesday evening of last week when his wife D'or Seifer injured her finger and they made a phone call to the emergency department at University Hospital Limerick.

“The bleeding had not stopped after two hours - close to 6pm -  and so we phoned UHL A&E. I described the situation and asked if, given the Covid situation, it was OK to come in, or was there somewhere else we should go. We were told to ‘come on in’,” he explained.

Mr Callery said that as he and his wife don’t have a car they got the bus from Castletroy to the hospital.

“However, when we arrived at UHL A&E we were told that we could not be helped, as UHL was designated a Covid-19 hospital and that we needed to go to St John’s or needed to find an out of hours clinic.

“While I explained that we had been told to come in, belabouring the point seemed an incredibly stupid thing to do - we needed to get out of there as quick as possible, whatever mistake was made by a staff member earlier on the phone, now was not the time to be in the way,” he said.

The couple then got a bus to St John’s Hospital.

“In the middle of a pandemic at the reception desk we were told that St John’s closes its A&E at 7pm. A very wonderful nurse took a look at my wife which she didn’t have to do, re-bandaged the wound, and advised her that she needed to have it looked at to have it checked by a doctor for nerve damage and to see if it was possible to stitch the wound, as the bleeding would still not stop. She recommended going back to UHL,” said Mr Callery who added that they explained the situation and the nurse called an out of hours doctor and called a taxi which took them to the out of hours service.

“In the end, the doctor disinfected and bandaged the finger so that it would stop bleeding, prescribed anti-bacterial pills, and recommended a tetanus shot.”

When contacted this week, a spokesperson for UL Hospitals said “the response to Covid-19 has led to some changes in services, often at short notice. These changes are being introduced for the safety of patients and staff and we apologise if the rapidly evolving situation has resulted in any difficulty for patients accessing services.

“We wish to reiterate that since late March, minor injuries have been diverted from UHL to the Injury Units at St John’s, Ennis and Nenagh Hospital. This temporary measure was implemented in order to de-escalate the region’s major hospital at UHL in response to Covid-19.”

The spokesperson explained in the statement that the injury Unit at St John’s recently moved from a Monday-to-Friday service to seven days a week, 8am to 7pm. “Patients who suffer minor injuries out-of-hours and who cannot wait until the following morning can still attend ED at UHL.”

The statement states that UHL is not a Covid-only hospital.

“Patients who attend the ED are streamed at the point of triage into confirmed/suspected Covid-19 cases and non-Covid-19 cases. They are assessed and treated in entirely separate clinical areas. Patients showing respiratory or other symptoms suggestive of Covid-19 are immediately streamed and seen in an isolation facility within the Emergency Department. Patients with no signs or symptoms of Covid-19 are directed away from ED to the Acute Medical Assessment or to the Surgical Assessment Unit. Patients with minor injuries are redirected to an Injury Unit.”