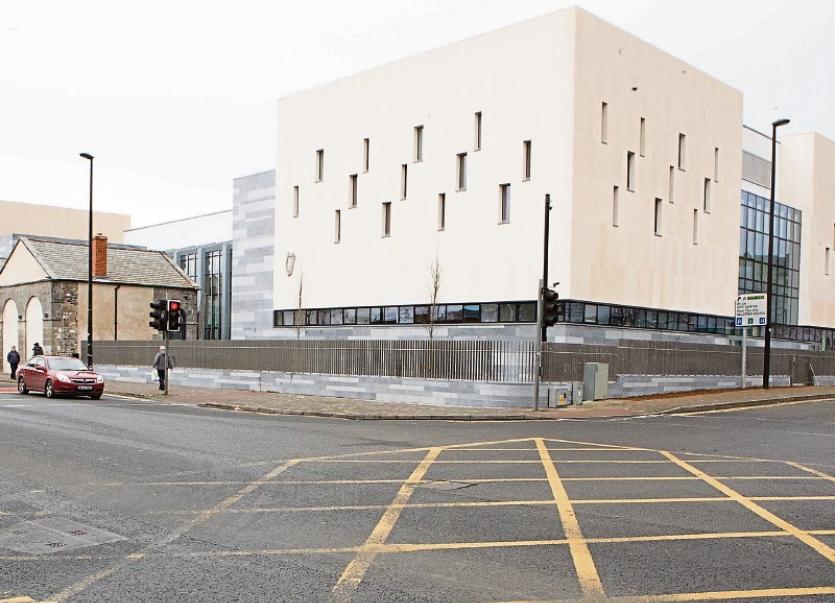 A WOMAN who is accused of coughing at a garda after she was stopped at a Covid-19 checkpoint in the city has been granted bail despite a garda objection.

Andrea Clinton, 36, who has an address at Hazel Grove, Bloomfield, Annacotty, appeared before a special sitting of Limerick District Court this Thursday evening after she was charged under section 19 (1) of the Criminal Justice Act (Public Order) 1994.

During a contested bail hearing, Judge Marian O'Leary was told it will be alleged the defendant coughed in the direction of a garda at the checkpoint which was set up at Island Road, Limerick on April 1, last.

He alleged Ms Clinton was not abiding by the social distancing rules which were introduced by the government last month, and that she behaved in an "aggressive manner" towards the two on-duty officers.

Garda Linnane said it will be alleged that she coughed in the face of the female garda who, he said, was left "in an upset state" afterwards.

"It was an intentional and reckless act to put a garda in danger," he told Marian O'Leary alleging that Ms Clinton had "intentionally coughed knowing how the disease can be spread from close range".

The garda added that when the defendant was challenged about her actions, she is alleged to have said she is "sick".

Opposing bail, Garda Linnane said he did not believe Ms Cinton would abide by any bail conditions imposed by the court. He also expressed concern that the defendant has not been staying at home - despite the strict public health restrictions.

"Gardai believe releasing her would present a danger to the public. In the current climate, the gardai believe this was a calculated act designed to cause alarm," he said, adding that the female garda is now self-isolating and is in great distress as it was unclear whether the accused had contracted Covid-19.

Solicitor Dan O'Gorman said his client has, at all times, maintained her innocence. He said she has a 16-year-old son and that she presented herself for interview when she was contacted by the gardai.

Mr O'Gorman said his client would submit to having tests done to ease the concerns of the gardai, and he insisted she will "follow through" on any bail conditions imposed by the court.

He said she is "generally a law abiding citizen" and was "co-operative" when contacted by gardai about the incident.

The solicitor told the court his client is a homeowner, who does not have a mortgage on the house she owns, and acknowledged the court has "wide powers" in relation to the assets of people who are released on bail.

Mr O'Gorman said Ms Clinton had not been arrested at the checkpoint, with the gardai calling to her home in Annacotty later that evening at 9.30pm. She was not present in the house at the time.

Giving direct evidence, the defendant said she had returned the phone call and left her number, as well as making two further calls.

However, she said she did not hear back until she received a call from a sergeant asking her to present herself.

She said in the intervening period, she had stayed with friends in Clare, as well as visiting her parents, including her 74-year-old father, who suffers from ill-health and her mother.

Noting her evidence, Inspector Sandra Heelan pointed out that those aged over 70 should be cocooning under the government restrictions and that relatives have been advised not to visit such individuals.

Ms Clinton told the court that she suffers from "asthma and a smokers cough" and she stated that when she was stopped at the checkpoint, she was returning from her GP having picked up an inhaler.

Ms Clinton said she "swears on her child's life" that she would not breach the conditions of her bail if released..

Insp Heelan expressed a general concern about her behaviour pointing out  that the defendant does not appear to be abiding by the current restrictions and was not at home for three days last week.

Judge O'Leary noted this and commented that she too was concerned about Ms Clinton's apparent non compliance.

"You should be very aware what you should do if you wish to cough. We take a very dim view of people coughing and sneezing at anyone else," she said.

Despite the garda objection, the judge said she was granting bail but was imposing a number of strict conditions.

The accused was directed to pay a surety of €5,000 - half of which must be lodged in court.

She was ordered not to commit any other offence, and to remain at her home.

Any change in address must be notified to the prosecuting garda, and she must sign on at Henry Street garda station between 9am and 9pm each day.

A curfew was also imposed and Ms Clinton was ordered to "remain alcohol free" in public.

She must also provide a mobile phone number to the gardai.

Judge O'Leary told her to ensure she makes herself available to An Garda Siochana and to observe all the government regulations around Covid-19.

She will appear in court again next week.