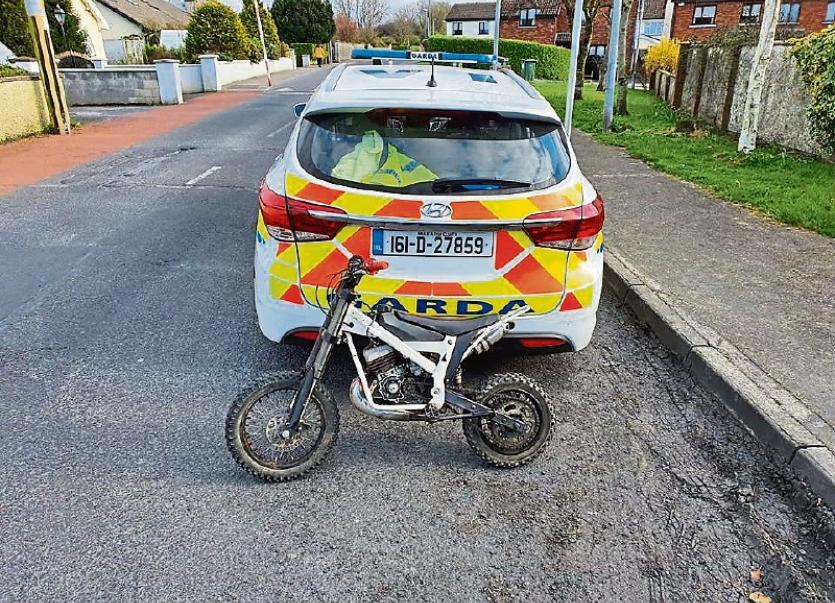 The scrambler was seized and the juveniles were brought home

PROCEEDINGS have been initiated against two juveniles who were stopped by gardai while riding a scrambler bike on a footpath which was being used by pedestrians.

According to gardai, there was no brakes on the scrambler and the youths were wearing only shorts and were not wearing helmets.

The incident occurred near the Canal Bank in Limerick city – an area which is popular with pedestrians who are exercising during the current public health emergency.

The scrambler was seized and the youths were brought home by gardai and their parents informed.

A file will be prepared for the Juvenile Liaison Officer.