UHL braced for a Covid surge as ICU beds fill up 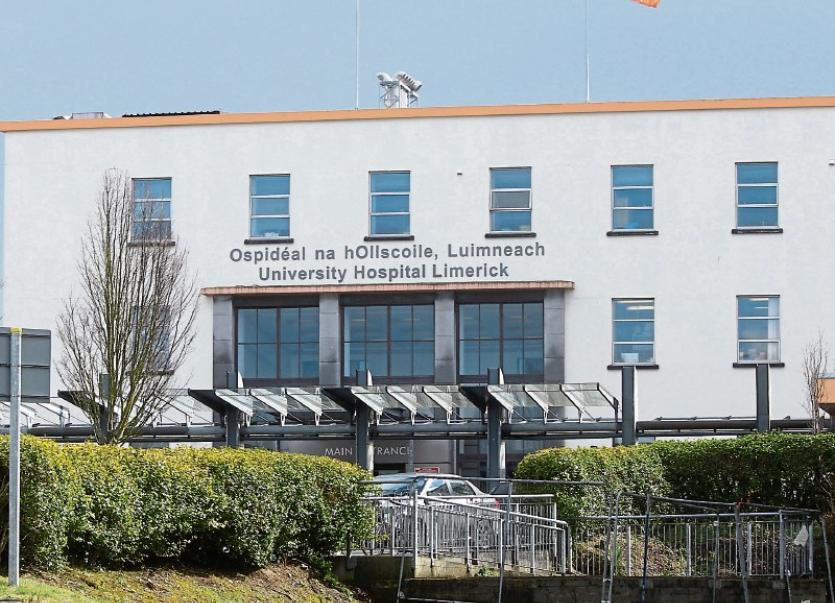 THIS week has seen a number of seriously ill patients admitted to University Hospital Limerick, some of whom have required “intensive care” according to the CEO of the UL Hospitals Group who says they are “at the beginning of what we expect will be a surge in Covid-19-related” admissions.

The comments by Colette Cowan come in a week in which it emerged that a toddler is among dozens of Limerick patients being treated for the Covid-19 coronavirus, and a man in his 40s with no apparent underlying health conditions died unexpectedly, although it has not been confirmed if he had the coronavirus.

Two-year-old Jayce Lyons, had been experiencing symptoms of the deadly bug when his parents brought him to a doctor.

At the time of going to press there were 87 confirmed cases of Covid-19 in Limerick with 85 Covid-19 related deaths across the country.

It is understood that the UL Hospitals Group is in discussions with University of Limerick and Bon Secours Barringtons Hospital in relation to extra support and step-down clinical support in order to alleviate the pressure at UHL.

With testing and contact tracing proving vital in the prevention of possible transmission chains Fianna Fáil TD for County Limerick Niall Collins has written to the Health Minister Simon Harris and the HSE calling for Covid-19 drive-through testing centres to be set up in west and south east Limerick. The only test centres in Limerick are in the city.

Deputy Collins says new centres need to be rolled out as a matter of priority so that people can be tested without any major inconvenience, and so that they can adhere to the new travel restrictions.

“At the moment the only testing centres in Limerick are located in the city, which can mean people undertaking a sizable journey to get there. It’s also placing a huge burden on the ambulance service if it has to carry out a home visit test.

“I would envisage that a testing centre could be established in either Rathkeale or Newcastle West to serve west Limerick and another established near Kilmallock to serve south east Limerick.”

As the public celebration of Mass has been suspended and funerals are only being attended by immediate relatives or very close friends in attempts to minimise the spread of Covid-19, the Limerick Leader has learned of funeral  services being live-streamed online. Desperately sad footage is being streamed showing less than a handful of mourners at the funeral Mass of loved ones.

There have also been concerns raised among the public that there will be a difficulty in securing priests to say funeral Masses as the crisis continues, with many of the clergy population who are over 70 years of age now “cocooning” in accordance with the government's directions.

According to a spokesperson for Limerick Diocese “there are 75 priests in the diocese and up to 30 of priests across the diocese are cocooning.”

As of this Tuesday, a total of 135 calls were logged by volunteers of the Limerick Covid-19 Community Response group established to coordinate the volunteer effort to support the elderly and those with underlying conditions during the coronavirus crisis. The service is up and running, with the trend showing that collection and drop off of shopping and prescriptions are set to be the most common tasks performed.

Established on Friday and based at the Munster GAA headquarters contact has been growing incrementally by the day across both the volunteer email address, volunteer@limerick.ie, and the 1800 832 005 freephone helpline. An additional email address is also now available for people needing support covidsupport@limerick.ie

Meanwhile, it emerged this Wednesday that Chief Medical Officer Dr Tony Holohan has undergone tests in hospital that are unrelated to Covid-19.

Dr Holohan who has strong connections to Limerick - he is a nephew of Paddy Ryan “Luke” from Cappamore - said he expects to be discharged this Thursday morning and to be back at work shortly afterwards. Mr Holohan said that he went to St James's Hospital in Dublin on Tuesday night where he underwent some tests not related to Covid-19 infection.