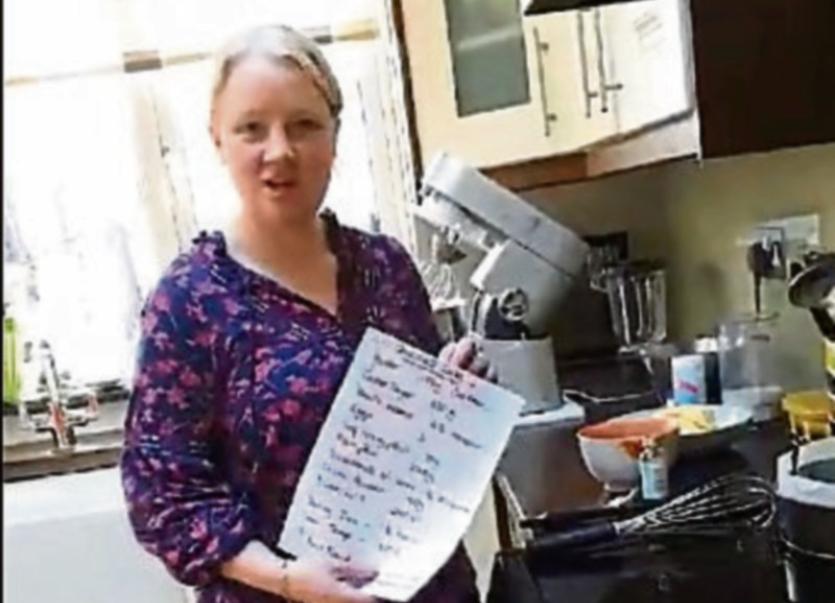 WITH all but the most essential workers now asked to self-isolate, a councillor has come up with an imaginative way to pass time. Since people have been self-isolating, City East Fine Gael councillor Sarah Kiely has been cooking up a storm in her kitchen – and broadcasting her efforts live on the internet.

Cllr Kiely initially qualified as a chef, which is where she met her late husband.

Now she wants to share her skills – and help people who are ‘cooked’ up at home all day.

“I know people are trying to use their time productively and have routine and it’s very difficult at the moment. I just want to present activities to people so that they don’t leave the home unless it’s really necessary,” Cllr Kiely told the Limerick Leader.

She acknowledged there is a need to leave the home to get food – so thought about combining the two.

“I know people need to leave the house to shop for food, so if we incorporate that into providing a life skill and a bit of fun. There's an awful lot of doom and gloom around. Everyone was sharing it - what can I do? I had messages from people asking for recipes. So I decided to try this once, see how it went. And it took off,” she added.

The mother-of-two’s nightly broadcasts take place at either 5pm or 6pm “depending on what else is going on,” said Cllr Kiely.​

People, she said, have been tuning in from around the world, from America to Turkey, as well as Donegal to Cork and everywhere inbetween!

Some unlikely fans, she says, have been the Dominican Nuns, based at St Saviour’s Church in Glentworth Street.

And for those who are not great in the kitchen, don’t worry: the recipes are simple.

A number of Sarah’s council colleagues have asked her to bring some of her treats to the next meeting.

Expect her to be very popular when the authority gets going again!