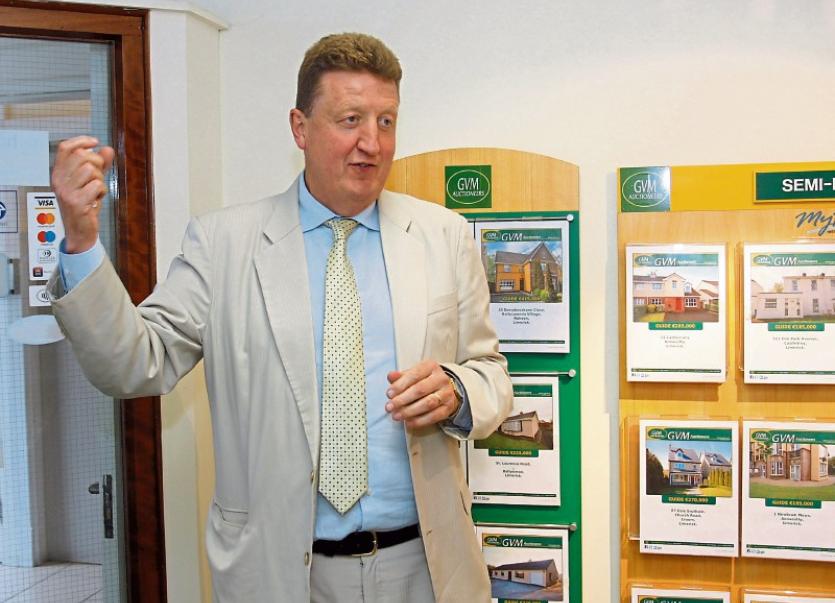 GVM group property director Tom Crosse said the start of 2020 was as good as they’ve had since the recession.

“The world has changed. It is frightening. We are in the unknown,” he says.

GVM in Limerick city and Kilmallock had a number of excellent land sales coming to auction and for private treaty. They include 160 acres at Shanrath, Newcastle West; 70 acres at Knockroe, Kildimo; two storey residence on 32.5 acres at Clonkeen, Barringtons Bridge, Lisnagry; detached family residence standing on 25 acres at Cloverleaf, Deegarty, Askeaton; 53 acres at Ringmoylan, Pallaskenry; 20.5 acres in two lots - 15.5 and 5 acres - at Caherass, Croom and Castleroberts, Patrickswell; and 15.5 acres at Ballyanrahan, Patrickswell.

“There is a bit of interest but depending on how the situation evolves over the next few weeks we may look at pulling everything back until the autumn or spring. Land is a seasonable type of asset in terms of its saleability,” said Mr Crosse.

There is also the option to rent the land. If you are particularly interested in buying one of the farms of land the advice is to make contact with GVM as soon as possible.

In the housing market, Mr Crosse says they are “chugging along”.

“There are still some sales closing out but not at the same level. Interest has calmed a lot. A lot of deals are paused or on hold. Vendors and buyers are taking a wait and see attitude to see what happens to the market and where things are going to go

“We’ve had a few cancellations from people due to view houses. Some people are pausing deals,” said Mr Crosse.

He says it is unchartered waters for companies, for staff, for everyone.

“A lot of colleagues in town in business are reeling. They don't know how to handle it, how to deal with it, they don’t know what is coming down the track, what to expect and it is evolving day by day.

“We just have to sit it out, we're all in the same boat, it is worldwide,” said Mr Crosse.

The ironic thing is 2020 was looking very positive from a property perspective.

“The start of the year was as good as we’ve had since the recession then it is whipped out from under us. We’ve had as good eight to 10 weeks as we’ve had for years.

“Following on from the Brexit slowdown in the latter half of last year the market rebounded very, very strongly for land and houses. All indicators were that the year was going to be very, very strong from a property perspective. It is sad for everybody,” said Mr Crosse.

He says it just goes to show how volatile the world is and how much things can change in such a short space of time.

But as Mr Crosse said: “We’re all in the same boat.”