Sands from Sahara make their way to Limerick 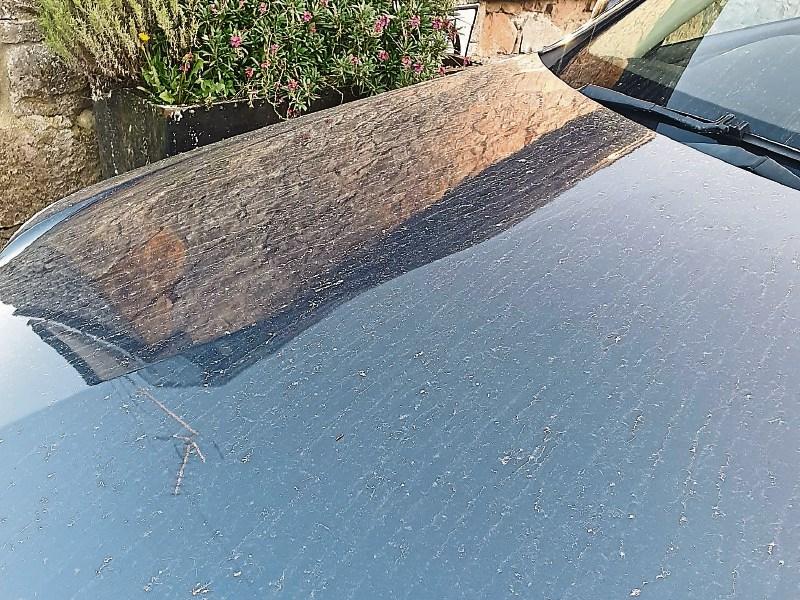 SAHARAN sands were found in many parts of Limerick this weekend, leaving many people dumbfounded - and many cars in need of a wash.

This Sunday, car windshields in Mungret, Dooradoyle and in multiple parts of the county were covered in a fine dusting of a sand-like substance after rainfall the previous night.

Local geoscientist and lecturer Breandán MacGabhann was contacted by many concerned locals, though he reassures that there is no cause for concern.

“Sometimes you get the dust blowing off the Sahara desert and the particles of that dust are so small that they easily stay up in the atmosphere,” he told the Limerick Leader. “They just get brought up by winds up the Atlantic and then blown on shore here in Ireland.

“It's something that happens, I wouldn't say commonly, but it's certainly not rare by any means. I think there was an episode of it in 2017. So you know, it's not something that is totally bizarre,” the Green Party Executive Committee and Limerick City West representative said.

“I got reports not just all over county Limerick, but also in Kerry, Wicklow, Galway, and even Derry,” he added, “so it's something that was, you know, to some extent nationwide.”

The Saharan dust was picked up by winds which carried it over Spain, before depositing it in many parts of Ireland and the UK by something rarely found in the desert - rain.

“It’s really down to the wind blowing in the right direction. It doesn't really need any particular local weather conditions - you just need rain. Once this stuff is carried by the wind up in the atmosphere, it will pretty much stay up there because the winds up in that altitude tend to be high enough to just keep blowing it around until clouds start to form around the dust. So then you'll get rain drops, with the water collecting around a little bit of dust. So whenever the rain is falling, the dust is actually in the water of the rain. It's inside the raindrops rather than being blown down on us.

Explaining the unique and eye-catching patterns the dust left on the cars, he said: “If the rain is not too heavy, then it doesn't really get washed away or anything, and it will start to dry off and the dust just gets left behind. That's why you can see the pattern it leaves on the cars.”

Breandán explained how, initially, people were worried that the dust was not a natural occurrence.

“I got a lot of people getting in touch on Twitter and so did Claire Keating just because people wake up with dust covering in the cars in Mungret and Dooradoyle and obviously, a lot of people's first thought was ‘oh, did something go wrong with Irish Cement again?’ But that’s not the case.

“This is not something that would have affected our air quality at all just because the dust was inside the raindrops whenever they were falling.

Hazy, deep red sunsets were spotted over the weekend in many parts of the county, which some claim may also have been a sign of the sands in the atmosphere.

Africa's orange and red sunsets are often the result of large amounts of dust in the atmosphere, whereas our sunsets here are usually quite clear as winds usually come from across the Atlantic ocean where there is no air pollution.

The Sahara is one of the largest deserts in the world, almost as big as China or the United States.

Strong winds in the region mean that there’s a lot of sand and dust that can be picked up and moved in the tropical air.

The air routinely takes a wind path towards Ireland, but more often than not it is released in rain before reaching Ireland’s shores.

“I don't think that there's any real danger,” added Breandán, “it's a natural event and nothing to worry about for anyone other than a few car washes.”