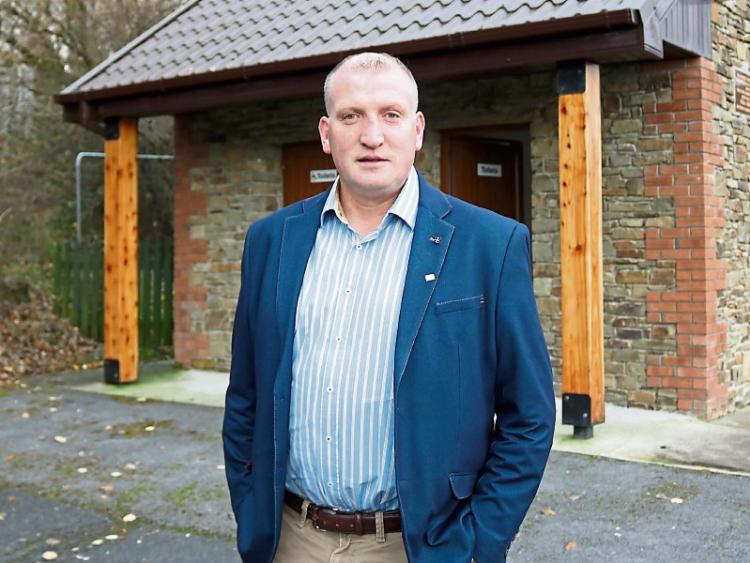 THE River Feale, swollen with the heavy rains of the past few weeks, is causing “untold damage” at the Abbeyfeale Town Park,  according to local councillor Liam Galvin.

And he warned there was a danger the park might have to be closed, as a result. “I am not trying to frighten anyone but it is borderline to closing,” he said.

The problem, he explained, was the river was washing away sections of the bank on the park side. The original  boundary fence had already been washed away and replaced and now the new fence was at risk of being washed away, he explained.

This, Cllr Galvin said, was happening after work was carried out by Irish Water to divert the river. (This was done because of the risk that the meandering river would completely bypass the water treatment plant.) But, the councillor continued, the river was now “coming around the bend and going straight into the bottom of the park”.

Cllr Michael Collins supported Cllr Galvin, and said: “Somebody has to take responsibility for that river.”

Otherwise, he warned: “We are going to end up with possible serious injury or death”

Gerardine Mann, secretary of the Town Park committee said this week the erosion of the bank was a massive concern for them. “We had a fine big bank,” she said. But the old boundary as well as land behind it had been washed into the river the new boundary was very close to the edge, she said.

The committee, she added, had hoped, as part of their long-term plan,  to put in a riverside walk and a fishing platform there.” There is no way either of those can happen unless something is done,” she said. “Someone has to look at it.”

At the Municipal District meeting Cllr Francis Foley said other landowners along the Feale were also concerned about river erosion. “Bit by bit they are seeing the land being eroded there,” he said. He had visited lands in the Feale’s Bridge area, he added, where landowners were concerned that trees would be taken by the river and would get stuck in or knock the Kerry bridge.

He also pointed out that there were other houses, neighbouring the Roches on New Street, that could be in difficulty because of the river. “It is a major major problem along the River Feale,” he said. “We can’t take it on on our own as council.”