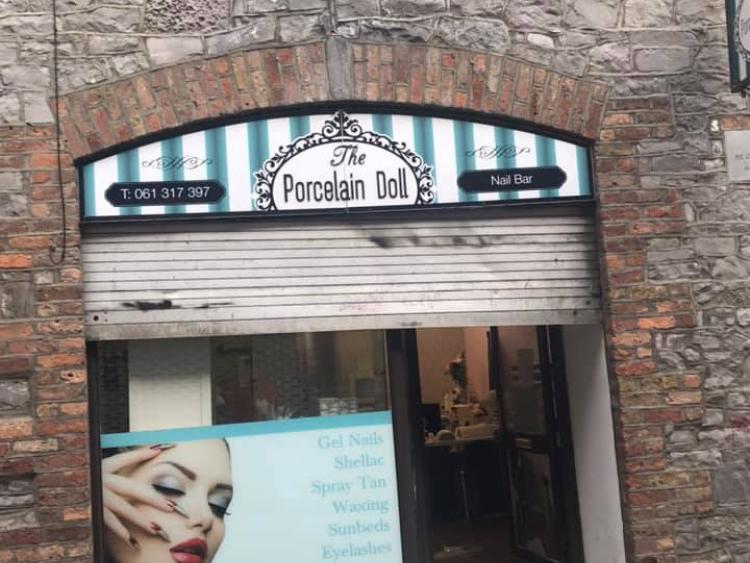 A LIMERICK mother is "devastated" after callous thieves broke into her nail bar and "ransacked" the place.

Henry Street gardai have launched a probe into the attack at the Porcelain Doll nail bar at Foxes Bow, which left its owner Stacey Mulcahy in tears.

It's a double blow for her, having shut her business down on public health advice due to the outbreak of the coronavirus.
"As far as we know, they broke in last night. They took the lock off the front of our shutters with a wheel brace and broke our windows, and smashed the bottom of our front door," she told the Limerick Leader.

"They ransacked the whole place, went inside the rooms, took our everything, broke things. They took a little bit of retail product so we will be keeping our eye out for that."

In a post to Facebook, the businesswoman added: "It's times like this you wonder why, why you work so hard to have something destroyed in an instant. I can't put into words how devastating this is to a small business in these times. Gutted is the only word that comes to mind."

It's not the first time Stacey's nail bar has been targetted: back in 2016, thieves took her phone from the front counter.
The device contained more than 1,000 pictures of her little girl Sophie, who tragically died from a genetic disorder in 2014.
Henry Street Gardai are investigating this incident, and are appealing to local businesses which may have closed circuit television (CCTV).

Blood was also seen splattered at the site, with Stacey saying she hopes this might lead to the identifier of the vandal.
"It was awful to see, disgusting. But at least it means I might get something out of it," she added.

"That's their time to pounce. That's when they see an opportunity. It's really sad. I've been crying solid for four hours," Stacey added.

The attack took place between around 7pm last night.

If you have any information, please contact Henry Street garda station at 061-212400.