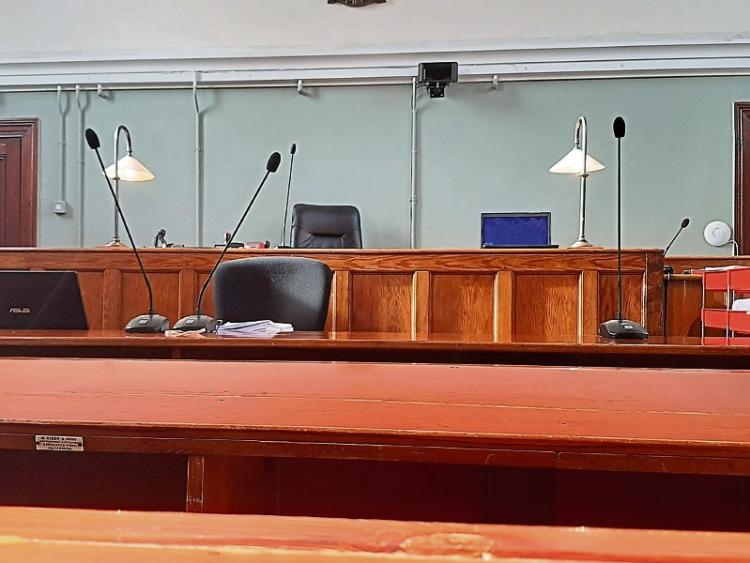 ON the first day of the new normal, social distancing was evident from even before the moment when Judge Mary Larkin emerged from her chambers at Newcastle West Courthouse.

Unlike other courtrooms in Kilmallock and Limerick city, the courtroom in Newcastle West is far from spacious and – given the layout – it almost always feels and sounds as if it’s full to capacity.

However, less than 24 hours after Taoiseach Leo Varadkar had announced a range measures to reduce the spread of Covid-19, the courtroom did not feel so packed.

As usual, there were gardai, solicitors and a probation officer along with this reporter and the court registrar in the courtroom ahead of the 10.30am start-time.

So what was different?

There was no sense of the usual hustle and bustle and the public gallery was sparsely populated with less than 30 people in an area which is normally standing room only. The courtroom was also noticeably quieter than normal.

Ordinarily, reporters share the church-style ‘press’ bench with solicitors with everyone crammed in like the proverbial sardines in a tin.

However, last Friday, there were just two people on the bench – meaning the space between them was well in excess of that required under the social distancing guidelines.

Some solicitors and witness sat in benches at the side of the courtroom – ensuring they maintained the required distance from each other.

While some solicitors did come into closer contact with their clients to take instructions, such contact was brief before the appropriate space was restored.

Throughout the sitting, everyone seemed to be afraid to cough or sneeze and, for the most-part, those who did exercised the appropriate etiquette.

As she took her seat on the bench, Judge Larkin’s first piece of business was to tell those in the courtroom to “try to sit one metre apart”.

Read also: Court in Limerick during Covid-19 crisis: If only we could lock it up...

And, It didn’t take long before the recently-introduced Government restrictions were raised and highlighted by practitioners.

When a routine application for a special exemption for a local pub was called, Inspector Liam McGraynor confirmed there was no garda objection “subject to compliance with the new national guidelines (relating to mass gatherings)”.

When the first of the criminal prosecutions were called, it became apparent that several defendants were not present in court.

Solicitor Ted McCarthy said a number of his clients were not present given the advice of the Courts Service relating to what he described as “non-urgent” cases.

A significant number of cases were adjourned to dates in June and September with the judge commenting that the law requires people to attend “regardless of the Armageddon”.

Later, after agreeing to adjourn another case for several months she said she was doing so “assuming we are all alive and well”.

As the judge progressed through the list of more than 40 cases, the court emptied as those who were finished their business showed an unusual anxiousness to leave.

While the wheels of justice may have been slowed by the coronavirus crisis, it appears they will continue to turn.