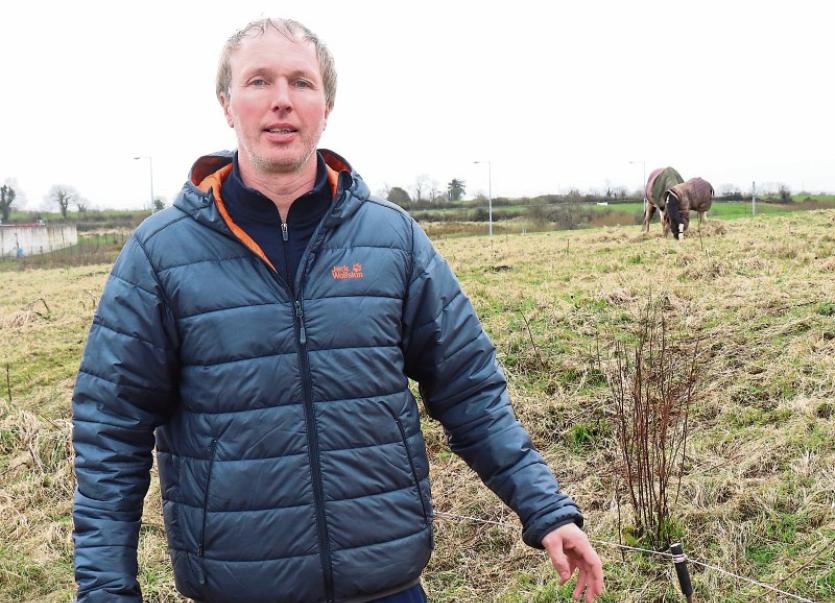 THE OWNERS of horses being illegally grazed on council-owned land in Kilmallock have brazenly now erected an illegal electric fence around them, claims a local councillor.

Cllr PJ Carey said a father was taking his eight-year-old son for a walk in the Kilmallock Business Park on March 9.

“The boy grabbed a fence, not knowing it to be live, and got an electric shock. While no serious injury occurred it was obviously an upsetting experience for them both. The fencing was erected very recently. The father of the boy met me and told me what had happened. He asked me if Limerick City and County Council knew of the electric fence and l told him that they certainly did not.

“I told him both the fencing and the horses were there illegally. He asked me to make people aware of the electric fence, as the industrial estate is popular with walkers, and even more so in the midst of the coronavirus crisis. I want to warn parents and children – this is very dangerous,” said Cllr Carey, who in January called for horses to be banned from the town and he reiterated that demand this week. A story about a horse trotting in the back door of a gym in Kilmallock and surprising those exercising made local and national headlines in January.

Cllr Carey contacted the council about the electric fence but got no reply. There was no response to a Limerick Leader query either.

“I went down this week with a friend who is an electrician and the fence is still electric. It’s very disappointing,” said Cllr Carey.

He said the industrial estate was purchased by Limerick City and County Council last year to use the remaining space for a regional fire service training centre.

“However, many local businesses l spoke to recently wish for it to be developed for industry instead - factories, storage, warehouses, an e-hub etc to create badly needed employment for the area.

“I also believe, as someone who works in the industrial estate and knows its potential, that developing the remaining area for industry and nurturing jobs would be more beneficial to the area,” said Cllr Carey.

Last October, the Independent councillor called on gardai to rein in children as young as six riding sulkies in Kilmallock which, he says, is turning into the “Wild West”.

Cllr PJ Carey said sulkies are being ridden up and down Kilmallock’s Main Street, horses are tied up in green areas and allowed to roam in the town’s People’s Park, which is covered in equine faeces.