Limerick community groups and businesses step up to aid the vulnerable 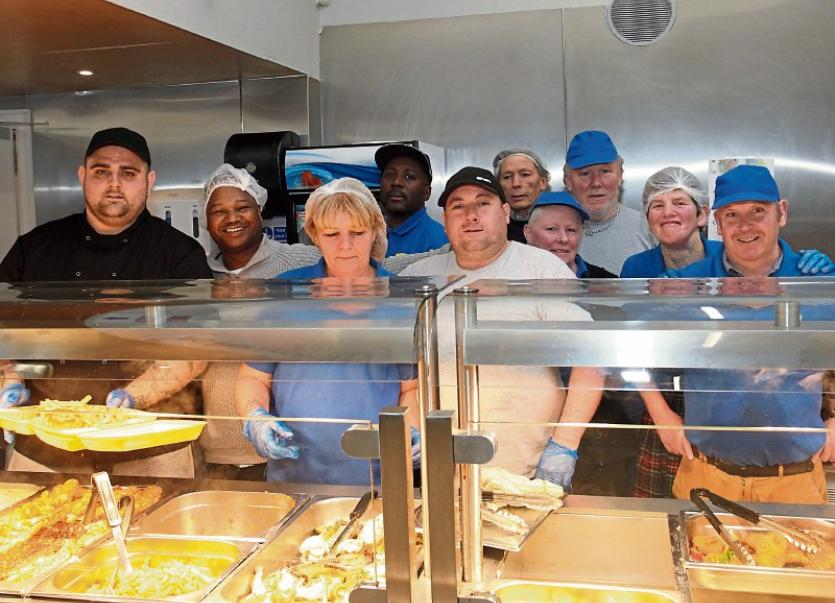 ALMOST €1,000 has been raised to help a city community centre keep its meals on wheels service on the road.

St Munchin’s Community Centre in Kileely launched the fundraising drive after seeing its centre forced to close down due to the outbreak of Covid-19.

However, due to the number of elderly people, stopping the meals on wheels was not an option, its boss Linda Ledger said.

Without the income generated from the cafe, or the centre’s social enterprises, it left money tight.

However, an internet fundraiser had by this Wednesday night raised €940.

It comes as other ​charity groups and business people across Limerick have shown true kindness to some of the people struggling most with the pandemic.

City cafe and restaurant owners who had excess food stock have donated these to good causes.

One of these, Sodalicious cafe owner Jane Conlon (below, centre, with Aileen McDermot and Nina Gray) has made a significant food gift to the Mid-West Simon Community, which supports homeless and vulnerable people. 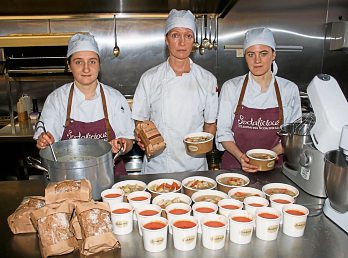 The newly opened Spitjack’s restaurant, and the Buttery in Bedford Row have also given food to St Munchin’s Community Centre.

Jane, whose cafe is at the junction of Henry Street and Lower Cecil Street, said she would not have been able to sleep at night if she had not donated perishable food to the Simon Community.​

“I had a cold room full of perishable foods. So we decided to turn them into goods to donate to the vulnerable and homeless, whoever the Mid-West Simon Community chooses,” she explained, “I turned a whole load of chickens into a beautiful chicken casserole. We made potted food, and soup as well.”

Ms Conlon, who has lived in Limerick for 20 years, said: “I would have been awake at night having thoughts about not giving enough food out. I've given staff food, and they've all gone home with boxes. But the other stuff, I couldn't have slept if I didn't do anything with it.”

She thinks when life returns to some sense of normality after this outbreak, Ireland will be a much kinder society.

“I think when this is all over, people are going to be better for it, I really do. I think it is the making of our society. There will be huge acts of kindness and love shown throughout the following weeks, months and possibly years,” the businesswoman added.

With 26 people employed, it has presented a big problem to the community centre.

The businesses stepping in has proven to be vital, Ms Ledger added.

“Spitjacks gave us in some of their food and the Buttery gave us some of theirs. It was really nice of them,” she said, “It was items like bread, cream and fruitcake. Our local pub, Kinsella’s have also helped. They always come up with something.”

St Munchin’s Community Centre staff are working with the HSE to identify those who need the meals on wheels the most at this time.

Search for ‘Help fund Meals on wheels' on GoFundMe for more information on the campaign.