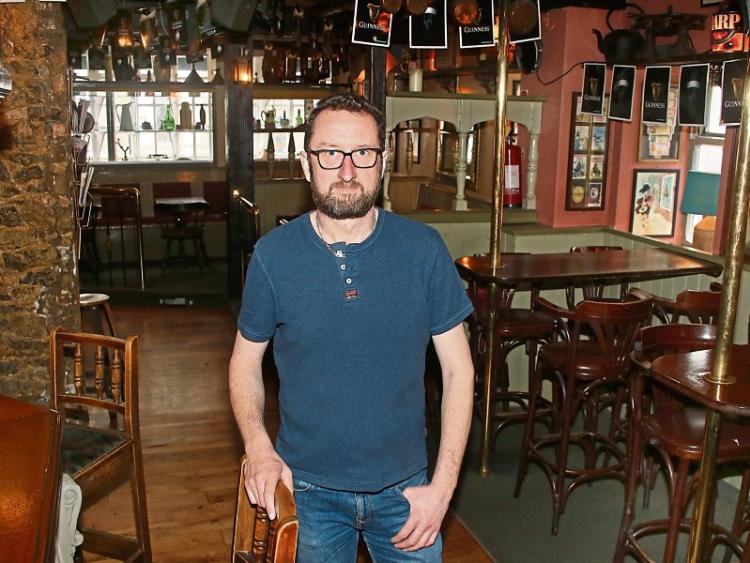 THE owner of the Glen Tavern says he would not have been able to look his elderly relatives in the eye had he not closed the pub.

In line with other pubs across Limerick, the popular Glentworth Street venue closed on foot of a government directive designed to stop the aggressive spread of the coronavirus.

Up to 2,500 bar staff across Limerick effectively lost their jobs overnight, while publicans have missed out on the busy St Patrick’s Day period.

Speaking to the Limerick Leader this week, Mr Callanan said: “At the end of the day, it’s more important that people are safe.”

He said even if the government had not directed the closure, he still would have done, given the escalating danger over Covid-19.

”I’ve got older parents. How can you go out the door and look them in the eye knowing you’re putting them in danger? That you might be harming the person the next step from them. We are all connected in this world – no-one is alone,” Mr Callanan said.

Ahead of the pub’s closure, he described it as being a “weirdly busy”.

Since the closure of pubs nationwide, footage has emerged on social media of so-called Covid-19 house-parties taking place.

The publican described the actions of those who take part as “beyond contempt”.

Given the fact we are “overwhelmed” with the ways people can make contact now, he said there is no excuse for these parties.

However, he believes many should use the traditional telephone call to check up on elderly residents who may find themselves more lonely than ever during this period of self-isolation.

Mr Callanan added it was difficult to tell his loyal staff that they would not be able to work until at least March 29.

However, he sounded a defiant note saying: “This too shall pass. Unlike the recession, you know this will end eventually. We will get past it. People are working hard on this all over the world. It’s not just an Irish issue, it’s a worldwide issue.

“In fairness to our own politicians, they haven’t politicised it either. They are taking the right steps.”

“All parties have kept their heads down, unlike what’s happened in Britain,” the publican added.

He described the current troubles as “a bump in the road”, and vowed: “We will be back stronger”.

”The basis of the business is still there. Many good businesses in Limerick have put in years of good work and when they re-open customers will come back, and thank them for closing, for looking after their staff. People will see when they needed us to act responsible, we did,” he added.

There are fears for some rural pubs in Limerick, however, with Cllr Jerry O'Dea, the local representative of the Vintners Federation of Ireland (VFI) warning that once a local pub is gone, it might be gone for good.

"It's very worrying," he said, "For many pubs, closing at this time, they still have fixed costs like rates, and insurance and all of those things.

“Without money coming, and cash coming in, and sales being generated, quickly, these people will not have the finances.

“It's a very troubling time, and we are very worried for some of our members. When you close, for all the reasons I mentioned, it can be very difficult to open again. They might be just family run, or run by one or two people. They might feel it's too much trouble to open again."