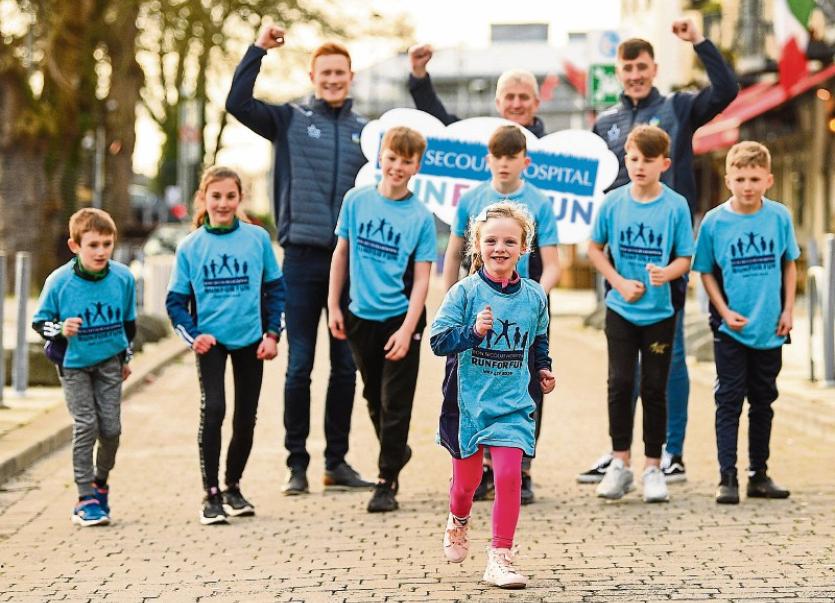 BON Secours Hospital at Barringtons will once again sponsor the city's largest children's fun run, it was announced this week.

The annual Run for Fun will take place at the University of Limerick on May 2, and will see hundreds of national school children take part.

Speaking at the announcement earlier this week, hospital manager Jason Kenny said: “We have a long-running relationship with the Great Limerick Run weekend, having previously sponsored the Sunday event, which is an incredible success in its own right, bringing over 14,000 people into the city on the May Bank Holiday weekend. It’s a huge boost for the city in terms of sports tourism and has been one of the stand-out individual elements that have combined into the great Limerick success story over the past decade or so.

“We were delighted to take up on the opportunity to sponsor the 'Run for Fun' because it promotes healthy activity amongst children and that’s something as a healthcare provider that we are very keen to promote. Getting children involved in exercise can introduce them to something that will stay with them for much of their lives and reduce health risks. It’s also good for their wider wellbeing, their confidence, things that are very important to work on from an early age.”

Said John Cleary, CEO of the Great Limerick Run: “It’s essential when you are getting sponsorship partners on board that they are the right fit from the actual event’s perspective. Bon Secours Hospital Limerick ticks that box. It has a great heritage here in the city given the hospital's origins here and they are a healthcare provider operating to the highest standards.”

John Kiely, Limerick senior hurling manager, said: “As a school principal and someone involved in sport pretty much all my life, I’ve seen just how important participation in sport is, no matter what code it is. We have to encourage our children to be involved first and foremost. It cannot be about competitiveness for them, it must be about fun when they are this stage of life. I commend John Cleary and his team for pulling this together and Bon Secours Hospital Limerick.”