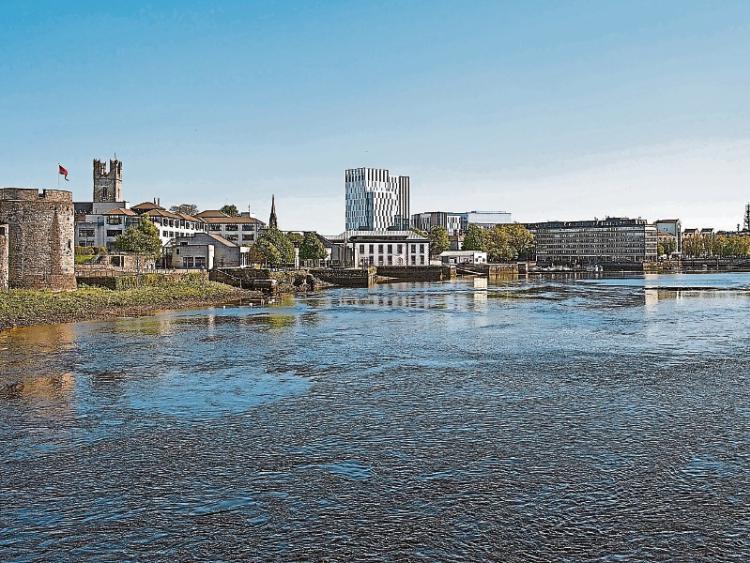 THE developers of the €180m Project Opera scheme have been ordered to install a “green flashing light” atop the 14-storey tower to avoid bird collision.

This is one of the conditions in the decision by An Bord Pleanala to clear the way for the massive project, which will see land behind Patrick Street and Ellen Street completely transformed to provide a new quarter for the city.

Some buildings will be knocked, and the vast site will be transformed into a development of offices, houses, an apart-hotel, a new city library, cafes and restaurant.

The development includes a glazed building, and a second 11-storey building looking onto the Abbey River, and a significant new public plaza connecting Ellen, Michael and Patrick Streets.

It will be a mostly business and commercial-led development and will have 45,000m² of active space, to include major offices, retail, cafe and restaurant space, an aparthotel, a new “21st century library”, 16 apartments, car and bike parking spaces.

It’s expected that up to 3,000 jobs will be created as a result of the project.

And preparatory works are already under way on the scheme. It’s understood staff will move out of the Granary building to a temporary site shortly.

The news has received a broad welcome from Limerick’s business and political community.

But Michelle Hayes, of An Taisce Limerick, one of the groups which did lodge an objection leading to the An Bord Pleanala oral hearing back in November, pointed out the development has been cleared, but “with stringent environmental and biodiversity conditions”.

Her group pointed out the presence of the rare pipistrelle bat on the site.

In order to tackle this, An Bord Pleanala has suggested a “bat brick and a bat tile” in two of the buildings in Rutland Street.

“There is potential for bird collision with the proposed tall building. A green flashing light to repel birds is proposed in mitigation,” they said.

One of the other concerns raised was around the shadowing impact, particularly of the 14-storey building, which will be home to Revenue and its 700 staff.

They will move from Sarsfield House, which under the Limerick 2030 plan is set to be demolished, with a green space in its place, something which has been earmarked as being a “front garden” for the city.

Adjacent to that, there will be a redevelopment of Arthur’s Quay, which is widely expected to bring Limerick’s first branch of Marks and Spencer.

In response to the concerns at overshadowing, the board said it “would not justify a reason for refusal of planning permission having regard to the overall benefits of the proposed development.”

In a sign of the times, the board has also ordered Limerick Twenty Thirty, the strategic development company set up by council to manage the progression of empty sites in the city, to ensure that at least 10% of the car parking spaces in the basement will be fitted to allow for charging points.

Formerly known as the Opera Centre site, the land behind Patrick Street has lain largely idle for almost 20 years, after initial proposals for a shopping centre failed to see the light of day as the recession took hold around 2009.

Project Opera is the key pillar of the Limerick 2030 plan, which aims to kickstart the economic, physical and social regeneration of the city centre.

The chief executive of Limerick Twenty Thirty David Conway has warmly welcomed the grant of permission.

“The economic impact of this will be enormous, like no other single project before here.  The An Bord Pleanála decision also validates the huge effort that our team went to in preparing and moving this application. They have been true to the commitment at the outset that we will deliver this critical project in the heart of Limerick to a standard that respects the architectural heritage of the area, of the city’s Georgian core but at the same time turns it to the future, meeting the needs of the vibrant community that will come to live and work here,” he said.

Dr Pat Daly, the chief executive of Limerick City and County Council, described the news as “a great moment for Limerick, for the region and, indeed, for the country”.

“This will have a transformational effect on Limerick to a level that will ensure our city can really begin to act as a major economic driver on the western half of the country and, in the process, ease the pressure so obviously felt on the east coast. Our ambition for Limerick is way beyond just the city itself; it’s that Limerick steps up another level and today it does that thanks to this decision. We have arrived at such a positive point of no return on this project and we now move on to develop Opera in a timely fashion and realise that great new future for our city and region that we have been building towards over the past decade,” he added.