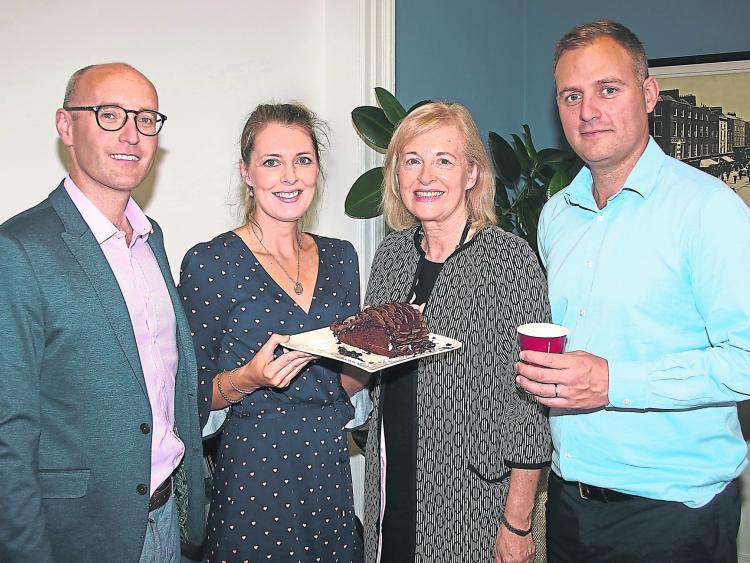 IT'S been a busy year for Sellors Solicitors, with the firm having just completed the finalities of its merger into one office in Glentworth Street - with staff also landing a high-profile title.

And 2020 is already looking positive for the company, with a further acquisition, that of McMahon English Solicitors now confirmed.

“We’ve built the company around these four pillars by making sure we have expertise in these areas. By putting in the expert solicitors in each areas, we differentiate ourselves from other firms.

“You know you’re dealing with someone who is practicing in a certain area every day of the week.”

It was 2015 when Sellors merged with FB Keating, and Mr Keogh said almost five years later, things are starting to come together.

“The big achievement for us internally was the merger project we put together in 2015 was very much a five-year plan. But actually what happened in 2019 was it all started to come together. It’s like as if we knew we had to climb a mountain. In 2019, it finally started to feel like we were getting the wins, it was starting to work for us.”

Now, Sellors has 40 staff in a converted Georgian building in Glentworth Street, something Mr Keogh admitted was a culture change for some staff .

From an external point of view, Sellors’ win in the Munster Law Firm of the Year award stands out.

Mr Keogh said: “For the company and the people here, it has been absolutely fantastic. When we decided to set about this project, a big group of people in the firm jumped on the train so to speak and came with us. It was a big ask and a difficult journey - a lot of late nights. At times, we stopped and asked where we were going. But when you get awarded, it’s a way of showing all the work has paid off.”

Sellors Solicitors has, this year, also secured the key Q9000 quality mark, another big achievement, according to the managing partner.

As for 2020, Mr Keogh said the goals are to continue to strengthen the firm's presence in the Limerick and Mid-Western market.

Mr Keogh is building a company with that vital mix of youth and experience.

“One thing unique about us is we are embracing technology and while we are investing in our young solicitors, we absolutely respect the older generation. We have former partners who have retired and are consultants with us. The solicitors joining us from McMahon English are at the end of their careers. But they bring with them a huge amount of expertise,” he concluded.