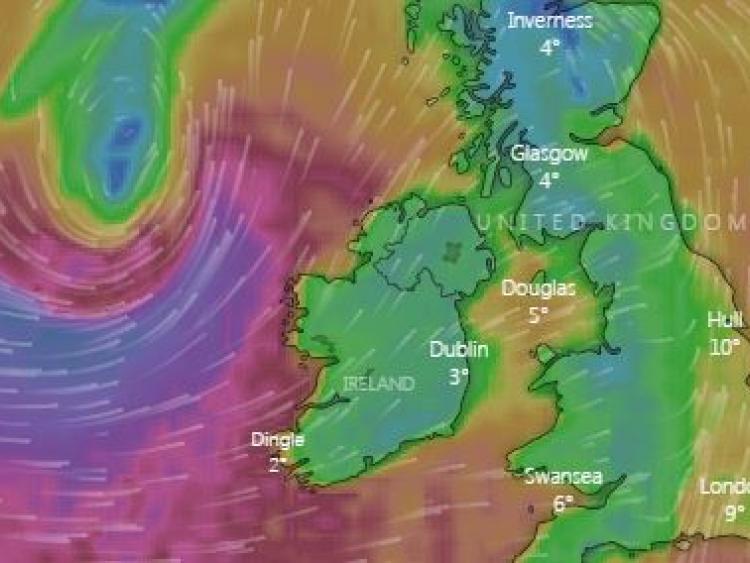 WHILE THE worst appears to be over after Storm Jorge's arrival, Limerick is to experience strong winds and possible sleet and snow following another warning from Met Eireann.

The Status Red wind warning is now officially terminated in Clare and Galway, though members of the public are still asked to be extra cautious along the west coast where a Status Orange alert remains in place.

The rest of the country, however, has been downgraded to a Status Yellow wind warning which is expected to last until 10pm this Saturday.

"Strong and gusty winds associated with Storm Jorge (Hor-Hay) will continue before easing later tonight. Southwest winds veering westerly will reach mean speeds of 50 to 65km/h and gusts of 90 to 110km/h, higher in exposed places until 6pm," Met Eireann stated this Saturday afternoon.

Additionally, rain is expected to fall as sleet or snow throughout the day, following a Status Yellow snow/ice warning, until 9am on Sunday.

"Rain falling as sleet or snow through parts of the midlands and north for a time this evening, with some localised accumulations. Scattered wintry showers will also occur overnight, leading to icy conditions in places."

Limerick suffered no power outages during the severe winds this Saturday, though 52 customers in Cratloe in County Clare were affected by outages as of 4pm.