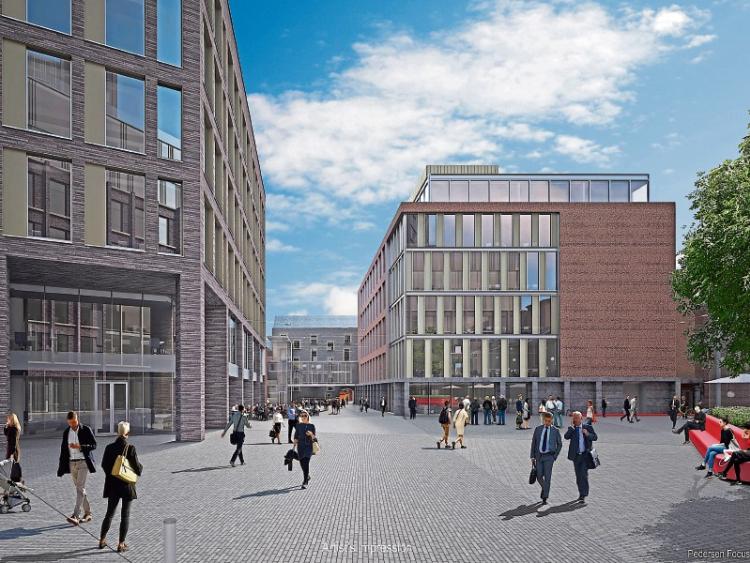 AN Bord Pleanala has given planning permission to Limerick’s huge Project Opera development.

A spokesperson for the national planning authority confirmed to the Limerick Leader that permission for the massive scheme – which could deliver up to 3,000 jobs – was afforded this Friday morning.

Public documents relating to the development will be made available in three days time.

Project Opera will see a vast area at the junction of Patrick Street, Rutland Street and Bank Place transformed into a development of offices, houses, an apart-hotel, a new city library, cafes and restaurant.

It will consist of a massive redevelopment of 2.35 hectares, or almost six acres, of land and buildings along a block of Georgian Limerick on Patrick, Rutland, Michael and Ellen streets located opposite the Hunt Museum.

The development includes a 14-storey glazed building, and a second 11-storey building looking onto the Abbey River, and a significant new public plaza connecting Ellen, Michael and Patrick Streets.

It will be mostly business and commercial lead development and will include 45,000 square metres of active space, to include major office, retail, cafe and restaurant space, an aparthotel, a new library, 16 apartments, car and bike parking space.

The scheme is being delivered by Limerick Twenty Thirty, a designated activity company of Limerick City and County Council.Meanwhile, there will also be a public plaza in the heart of the development.

An Bord Pleanala held a two-day oral hearing into the multi-million euro plans in November last.

Formerly known as the Opera Centre site, the land behind Patrick Street has lain largely idle for almost 20 years, after initial proposals for a shopping centre failed to see the light of day as the recession took hold around 2009.

Project Opera is the key pillar of the Limerick 2030 plan, which aims to kickstart the economic, physical and social regeneration of the city centre.