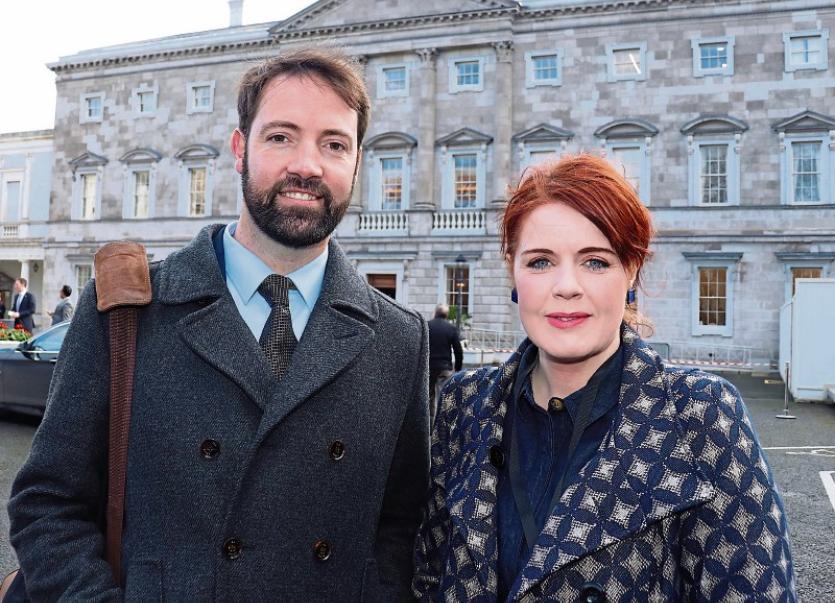 Deputies Brian Leddin and Neasa Hourigan grew up down the road from each other. Now they are representing the Greens in Dail Eireann

TWO new Green Party TDs who grew up across the street from each other in Limerick are now in the Dail – representing constituencies over 200km apart!

Brian Leddin and Neasa Hourigan both come from famous Limerick political families, and went to creche together, before making their confirmation and communion at the same time.

Having grown up across the North Circular Road from each other, they even attended Salesians School together, before losing touch after Brian left age seven to go to the nearby John F Kennedy National School, as is the case for boys of that age.

Neasa moved to the capital aged 18, while Brian remained in Limerick – and it was only in 2017 when they both joined the Green Party and met at a conference in Waterford they rekindled their friendship. Brian was elected in Limerick City, Neasa in Dublin Central.

Brian’s mother, a former mayor of Limerick, Kathleen recalled: “They lived across the road from us. We were obviously great friends with the Hourigans. The two of them went to creche together, they were great buddies when they were young. They got their Holy Communion together.”

It was a proud moment for both Kathleen and another former Limerick mayor, Neasa’s father Michael Hourigan as the pair took their seats in Ireland’s seat of power.

Kathleen said: “I was delighted, I thought it was great. I was so proud to see him sat on the Dail benches, and going out for the vote. It was great for our family.”

Brian added: “We lived directly across the road. When we were quite small, we'd have been out and out. When I joined the Green Party in 2017, I went to a conference in Waterford. I had not seen Neasa since we were early teenagers. I didn't know at all she was in the Green Party. But she sat down beside me. We realised although we hadn't seen each other in 20 years, that we actually grew up together.”

Even in 2017, Brian admits he could not have seen himself seeking a council seat, let alone a Dail seat.

But just two years later, the pair were elected to local politics on the same day – Brian to Limerick City and County Council, and Neasa to Dublin City Council.

“I was delighted for her. Both of us come from families who were very involved in local politics. When you grow up in families which are politically engaged, you do think about how you can do things better, and have the understanding a lot of people do not have,” Brian told the Limerick Leader.

The newly elected Green Party TD took the fourth and final seat in the city, while Neasa outpolled Finance Minister Pascal Donohoe to take the second seat in Dublin Central.