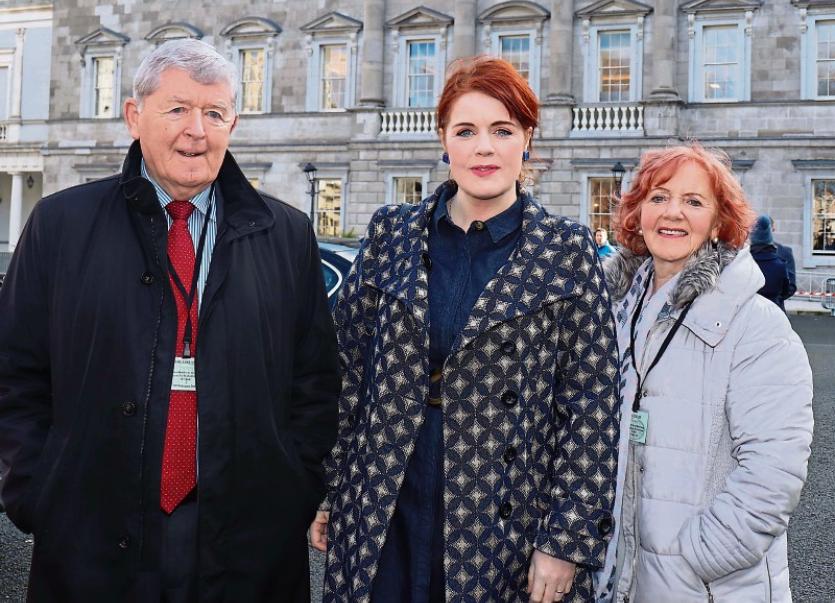 NEWLY elected Green Party TD Neasa Hourigan says the problems facing her constituents in Dublin Central are arguably the same as the ones she encountered in Limerick.

She was joined at the gates of Dail Eireann by her father, the former mayor of Limerick Michaell Hourigan, his wife Pat and her husband Colin Dolan.​

Speaking to The Leader, Ms Hourigan said the issues she faced on the doorstep are similar to those in Limerick.

"It's north inner city Dublin and I think some of the issues that I am aware of growing up in Limerick are things that affect Dublin Central too. There are housing issues, there is pressure on services. There's an understanding and empathy. We are not so far away from each other Limerick and Dublin,” she said.

Mr Hourigan said: “It's a very special day for us as a family, especially for Neasa. It's a huge thing to be a member of Dail Eireann. There are a huge number who try. It just shows what a job of work she has done. We are thrilled and over the moon for her today.”

Ms Hourigan’s father was in local politics for 20 years, being elected on four separate occasions before bowing out ahead of last summer’s local elections.

Asked what advice he’d give his daughter, the former Fine Gael man said: “Politics is a difficult game enough. You have to work very hard with your communities in particular. If you take on board the issues of the day, both locally and nationally, that will see you do a good job at the end of the day.”