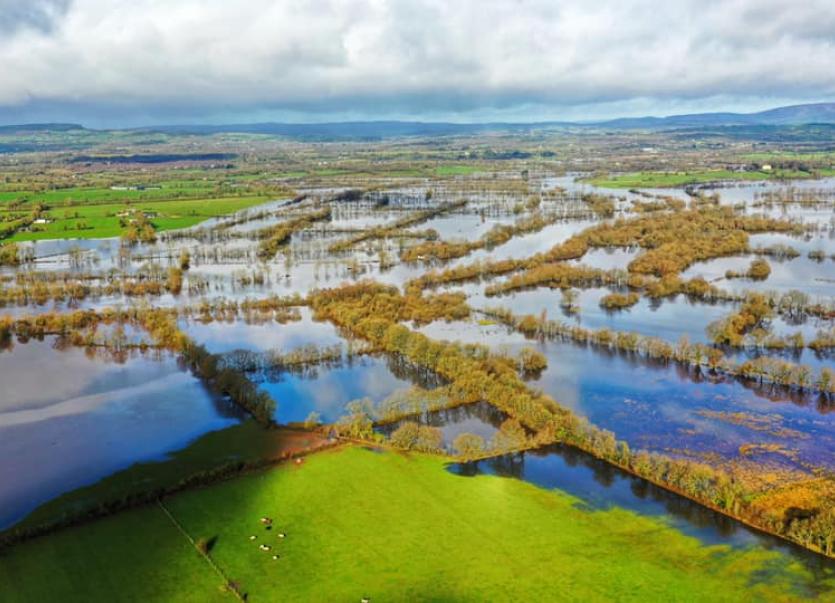 OVER 30 Castleconnell Boat Club members braved the rising flood waters to rescue their equipment on Sunday.

The boys junior a team and all the coaches spent hours saving what they could.

"Everybody got stuck in together. It was fantastic spirit. We just emptied the clubhouse. We had floods in there before that destroyed the place.

"We have moved everything now. We won't have any access to the clubhouse until this passes. We’re totally cut off not,” said Pat Kiely, of Castleconnell Boat Club.

Big thanks to all the volunteers this morning. Club house empty. Not sure when we are going to get back in, hopefully the pumps will keep the water out of the club #fingerscrossed #CCBC. pic.twitter.com/feOUZHp000

Vans and jeeps were loaded up with rowing machines, weights, gym equipment, trophies, everything they could, and moved to higher ground. The boathouse is a few metres higher so all their boats are safe.

Their flood barrier isn’t keeping water out of the front of the clubhouse due to the volume of it. They have two pumps running but they are looking for a bigger diesel one. However, then the problem is it will be hard to access it to refuel.

“We were out this Monday morning and it is the worst it has been. It is not looking good. There are worries that Tuesday will be the worst day,” said Mr Kiely.

But he stresses that they are a club which doesn’t compare to people whose houses are in danger.

While hundreds upon hundreds of acres are under water there are no reports of any houses being flooded in Castleconnell or Montpelier. Limerick City and County Council dropped out a lot of sandbags on Sunday and they are building an embankment in the vicinity of The Mall in Castleconnell.

The situation is much worse across the Shannon as residents in Springfield, Clonlara have been evacuated. Clare County Council staff are on the ground.

Meanwhile, newly elected Green Party TD for Limerick City, Brian Leddin, has expressed concern that flooding of homes in Limerick city is possible in the coming days and that the ESB’s operation of Ardnacrusha Power Station and Parteen Weir may be a “contributing factor”.

Deputy Leddin, who is an engineer with expertise in hydro generation, stated: “The large volumes of water being diverted through Parteen Weir on Monday and Tuesday are likely to cause flooding to homes downstream of the weir, possibly as far as the city."

He continued: “In addition, to this, predicted high tides, coupled with the large alluvial flow, will greatly increase the flood risk in parts of the city. It is now critical that plans are put in place to provide assistance to those who may be affected. It is possible that emergency accommodation will be required and also help in clearing damaged homes, provision of skips, etc."

Last month, Deputy Leddin called for a review of the operation of Ardnacrusha power station in order to determine its role in flood management in the Limerick area.

“I am repeating that call today. There is a question as to whether the ESB could have been releasing greater volumes of water via Parteen Weir in the preceding weeks and months in order to mitigate the flood risk in the event of heavy rainfall. Ardnacrusha’s primary role in the future may be to control water levels rather than to generate electricity,” he concluded.