OPINION: "the climate emergency hasn’t gone away. If anything, it’s getting more urgent" 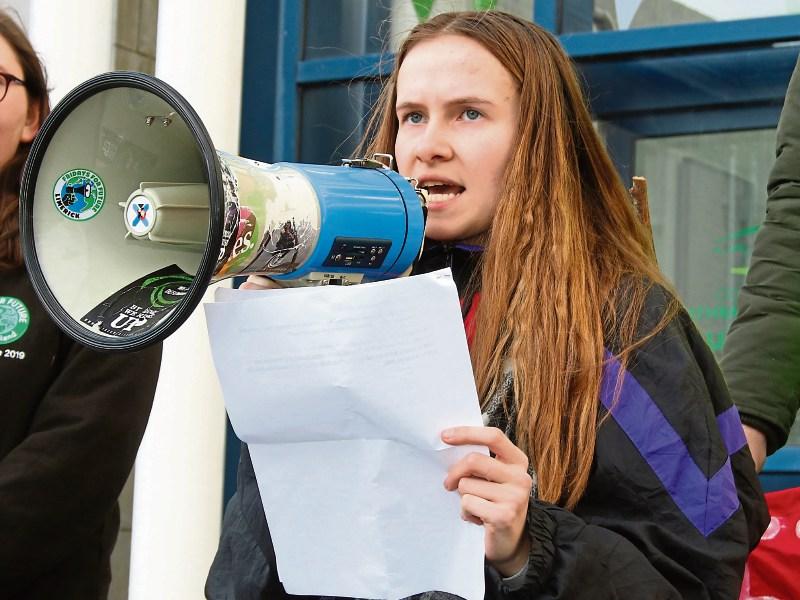 WHO WILL ever forget that RTE News bar chart on the TV screen on Sunday, February 9? RTE News displayed a national summary, with 37 out of 160 seats filled.

On the chart, Sinn Fein’s bar stretches up like a skyscraper, dwarfing every other party and grouping. It was jaw-dropping, so beyond all expectations.

Mary Lou McDonald called their overwhelming result a “revolution” and said that “obviously this election was all about change”. She said that their platform is about “solving the housing crisis, it’s about getting to grips with the crisis in our health service, it’s about giving families and workers a break, giving them breathing space so that ordinary people begin to experience this economic recovery that they’ve heard so much about”.

And yes, people were and are angry about the housing crisis. It’s very hard for people to stomach a housing and health services crisis when they keep hearing about a flourishing economy. The fact that people experience homelessness is a scandal. The fact that hard-working young people cannot save to buy a house due to soaring rents is a scandal. And the fact that record numbers of people wait on trolleys in hospitals and join hospital waiting lists is a scandal.

So, people voted for change. We definitely need it – it’s not coming a minute too soon. Whatever the final outcome in terms of Government, as a young person, this dramatic result for change is very welcome. For so long, Irish people have been frustrated by the ‘business as usual’ approach of our main parties.

Ireland has one of the most unequal distributions of market income in the EU. And, we are part of a worldwide system where the rich seem to be getting richer: Oxfam’s recent report, Time to Care, highlights how global inequality is out of control with the world’s 2,153 billionaires owning more wealth than the 4.6 billion people, who make up 60 percent of the planet’s population.

But, as a climate activist, am I happy with the importance that the climate emergency was given by parties and voters during this election? Not really. We had to fight to convince RTE to host a debate on climate issues. In an Exit poll, people were asked ‘Which one of these was most important to you in deciding how to vote today?’ and were presented with options: health, housing, homelessness, pension age, climate change, jobs, taxation, childcare, crime, Brexit, immigration and something else.

For 6% of the voters only, climate change was the most important issue. Our election seemed to lose focus on the climate emergency, in the same way as happened in Australia last year. The bread and butter issues become more urgent in people’s minds. That’s fair enough if people are experiencing massive daily struggles, which they are.

But, the climate emergency hasn’t gone away. If anything, it’s getting more urgent. Last November, 11,000 scientists declared that  greenhouse gas emissions are still rapidly rising, with increasingly damaging effects on the Earth’s climate, and that an “immense increase of scale in endeavours to conserve our biosphere is needed to avoid untold suffering due to the climate crisis”.

Most of our political parties recognise the emergency, but not all of them are acting like it. The progressive parties see that creating a just social and economic system is part and parcel of climate action and ensuring a just transition – that we can’t separate out all these issues at all. One Future Ireland puts FF and FG at the bottom of the league in terms of their manifesto climate issues. Sinn Fein is one up from them, with the remaining (GP, PBP, Labour and SD) topping the league.

I dearly hope that, once our government is formed, the climate and biodiversity emergency is placed back on the table. The direction for change is wonderful. However, the job of climate activists is far from finished.