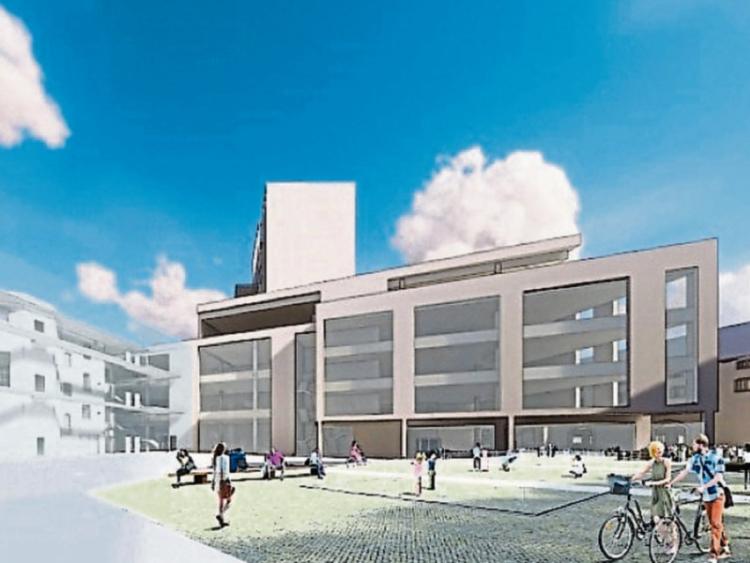 MORE than 200 council workers were this week told they will have to move out of the Granary building in readiness for the €180m Project Opera project.

While a final decision is awaited from An Bord Pleanala on the large development at the Patrick Street-Ellen Street junction, preparatory groundworks are well under way.

And, the Limerick Leader can reveal this week, staff members have been told they will have to move off-site in the coming months to facilitate the demolition of many of the neighbouring buildings.

“There will be a decamping of staff,” said a council source, “We don’t want to waste time on this. It’s still in the embryonic stages. It was said during the oral hearing that library staff will have to move.”

The Granary Library will close down, and move to temporary accommodation at the former InStore Direct building at the top of Ellen Street, while the other council workers will be accommodated in various other vacant offices owned by the council.

These will be located at Merchant’s Quay, in Dooradoyle, and the former AIB bank at the junction of Patrick Street and Ellen Street.

If An Bord Pleanala gives the go-ahead to the massive development, it will see a complete revamp of the area, with a huge towering office block structure at its heart which will house the Revenue Commission workers who will move from Sarsfield House.

Limerick 2030 has said in the past the transformative development could deliver up to 3,000 new jobs to the city.

As well as the library staff working in the Granary, workers from the Hap programme are also based in the three-storey complex, alongside Failte Ireland staff and other back office financial functionaries.

Project Opera was the subject of a two-day oral hearing last November, in which a number of objectors spoke against the development, but also a number of people in favour.

Groups making presentations in favour of the development included the Limerick Chamber and city businesswoman Helen O’Donnell, while An Taisce and the Irish Georgian Society spoke against.

The new library, once it is built, is being heralded as being “Ireland’s most technologically driven library”.

It was also described as “the third space between home and the workplace” and will lie at the heart of Project Opera.

The central library, which will spill into a public square, is being billed as a “living room” for Limerick, a “vibrant destination and “one of Limerick’s most important social hubs and meeting spaces.”

Across four floors, the building will see a games lab allowing students to take a break from their studies.

A workshop will offer three-dimensional fabrication, while there will be digital storytelling walls and an editing suite utilising green screen technology.

It will be divided into eight zones, including a reading area with 25,000 books. A decision date from An Bord Pleanala is not yet available.