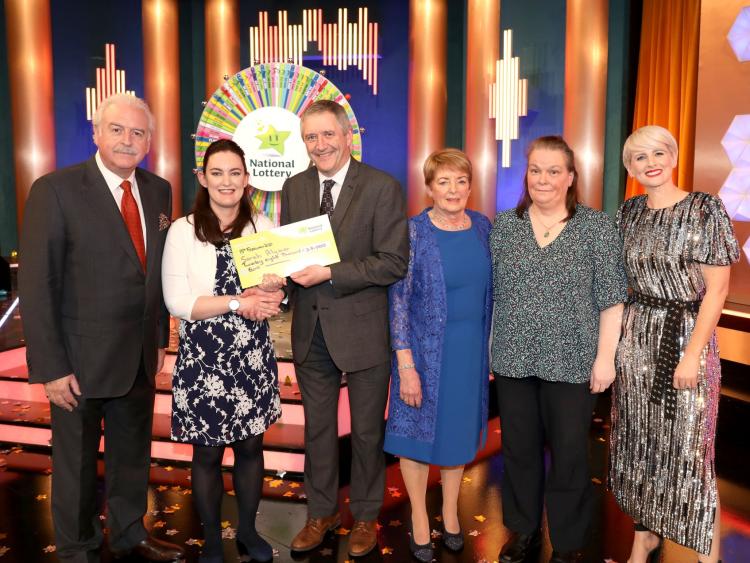 A LIMERICK grandmother has brought good fortune to the family after she won a whopping €28,000 on Winning Streak, after stepping in for her proud granddaughter.

Ballingarry woman Sheila Noonan played in the place of her granddaughter Sarah Alymer after she agreed to do so if the unlikely event arose.

While discussing the prospect of going on the popular game show two weeks ago, Sarah said that she had sent two tickets to the National Lottery. She said she wouldn't go on the show, ushering her grandmother "you'd have to go on for me".

Sheila agreed and 30 minutes later, the two were stunned to discover that they were chosen to appear on the show.

Getting on Winning Streak was a little lift the family have all needed after Sheila’s husband Paddy sadly passed away in November after a short illness. The couple were married for 51 years.

Sheila has five adult children (Martin, Susan, Patrick, Eilish and Ian) all of whom supported her from the RTÉ audience with the exception of Martin who lives with his family in Queensland in Australia. He was watching online with his three children (Sheila’s grandchildren) Caitlin, Liam and Megan. Sheila has four other grandkids who were cheering her on from the RTE audience who are Sarah (of course, the one whose name was drawn to appear on Winning Streak), Darren, Sophie and Frank.

The Winning Streak National Lottery TV game show is co-presented by Marty Whelan and Sinead Kennedy and features some perennial favourite games including Play or Pay, Roll for Riches, WinFall and Electric Dream – where one player will win an electric car worth €25,000.