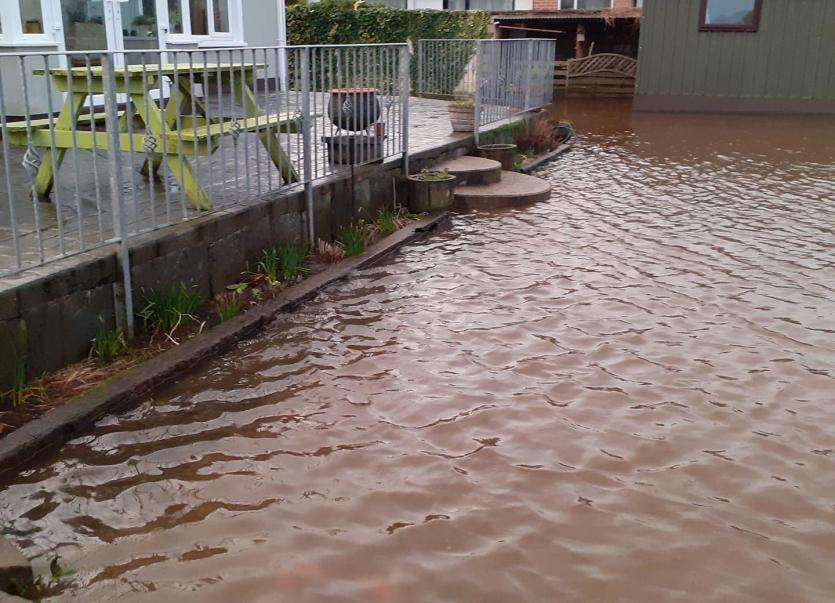 THE RIVER Shannon has burst its banks in parts of Limerick this Tuesday morning as a result of heavy rainfall brought by Storm Ciara.

In Corbally, areas within close proximity to the river are submerged in excess water even hours after high tide.

Concerned local Pat Lysaght said his home on the Corbally side of the Salmon Weir Bank is flooded at the moment, two hours after high tide.

"There's lots of water, the banks are dangerous," he said.

Limerick City and County Council is currently taking precautionary measures including the mobilisation of additional flood defences in Limerick City, Foynes and Askeaton.

"The public, and in particular vulnerable property owners, should be cautious in respect of areas near the River Shannon that are known high risk areas, and take measures as necessary," said a spokesperson.