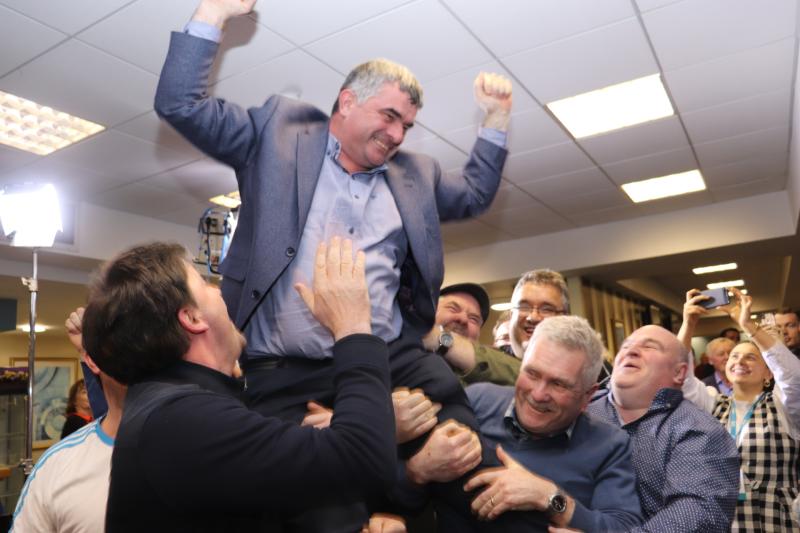 AFTER a long count, Independent Richard O’Donoghue has made electoral history by becoming the first Independent to be elected to the Dáil for Co Limerick.

He was elected without reaching the quota, having been neck and neck with Sinn Fein’s Seighin O’Ceallaigh through six counts. At one stage, only eight votes separated the candidates.

But the distribution of Patrick O’Donovan’s surplus pushed the Granagh man well ahead of his Sinn Fein rival and he finished up with 10,320 votes.

O’Donoghue was the man tipped to cause a surprise in this constituency but from the early morning tallies, it was clear that Sinn Fein was in contention.

This is the result of the last count in the Limerick constituency after hours of drama and excitement.

In the end, it was not to be and victory lay with the Banogue-born builder who first became a councillor in 2014. In 2016, having failed to make it on to the Fianna Fail general election ticket, he stood as an Independent.

He puts his success in this election down to his hard work with communities over the past five years.

He is not intending to ally himself to any particular grouping, saying he wants to be an Independent voice for Limerick.

However, he is willing, he says to talk to all comers to secure the best possible deal for Co Limerick.