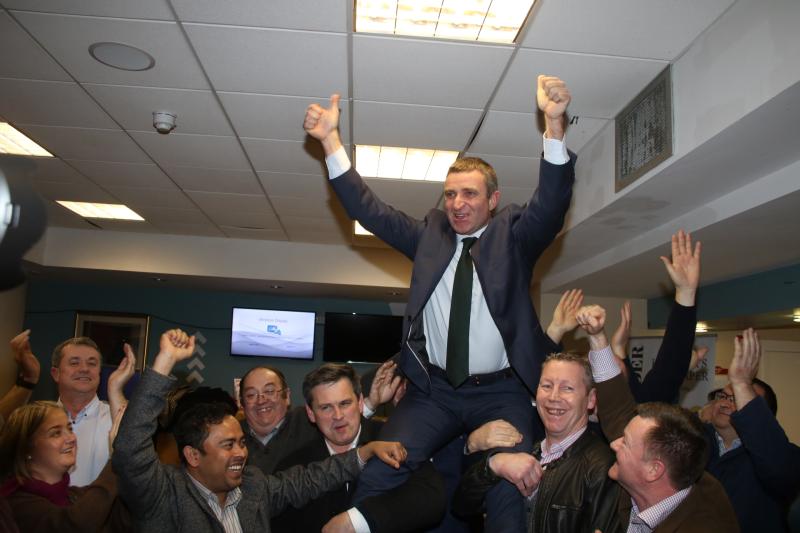 IN what is one of the big upsets of the election campaign in Limerick County, outgoing Fine Gael TD Tom Neville has lost his seat. He was eliminated on the fourth count with 6,765 votes.

The loss brings to a close a decade of dominance by Fine Gael which has held two of the three seats in the constituency since 2011.

According to Tom Neville, he was “caught in the crossfire” like many of his fellow Fine Gael deputies. But his parting shot was that he would live to fight another day.

It also brings to an abrupt end a political family history that began with his father Dan, who served as councillor and senator before being elected to the Dail for the first time in 1997,taking a second seat for Fine Gael and breaking a half century of domination by Fianna Fail That two seat victory was lost in 2002 but Dan Neville prevailed, winning the one

Fine Gael seat by a margin of one vote over his running mate Michael Finucane.

Dan held the seat through three general election until 2016 when Tom took the seat for the first time.

Meanwhile, with Tom’s elimination, came the final showdown in this election, between Sinn Fein’s Seighin O’Ceallaigh and Independent Richard O’Donoghue.