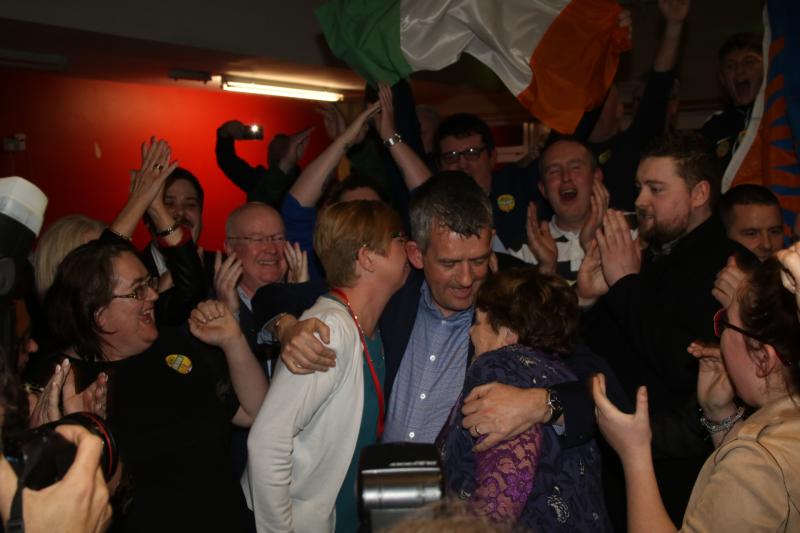 THE lyrics of On The One Road bellowed out as Sinn Fein’s Maurice Quinlivan was hoisted to the shoulders of his supporters. The Ballynanty born Deputy has retained his Dail seat after sensationally topping the poll in the Limerick City constituency.

Speaking after the announcement, a joyous Deputy Quinlivan said: “I am very humble. I am delighted with what we have done. We topped the poll.

“I want to thank the people who came out in their thousands and put their trust in me.”

I think it is a huge achievement. I come from a council house in Ballynanty and I’ve topped the poll here in Limerick.”