Decision time as scramble for votes intensifies in county Limerick 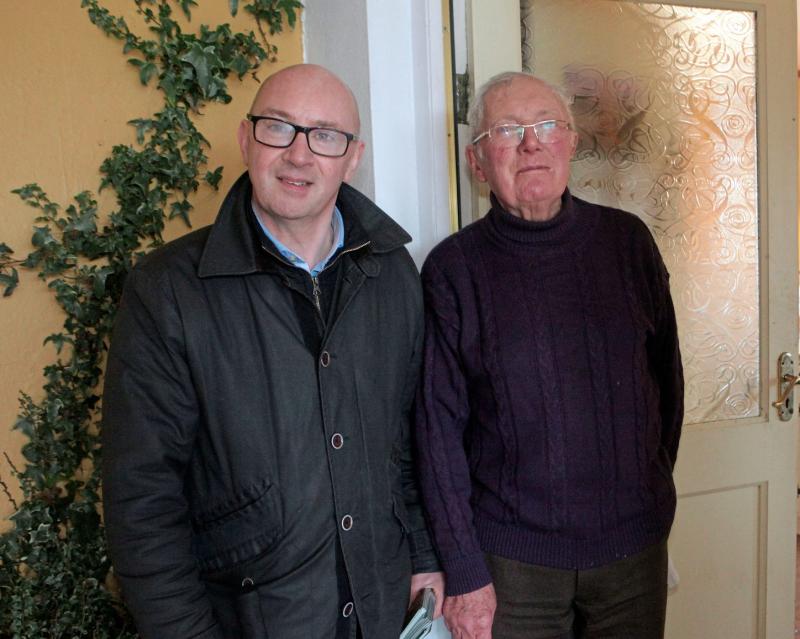 THE scramble for votes is intense throughout county Limerick as election day looms and all 12 candidates make the last big push before polling booths open on Saturday.

The big question on everybody’s mind however,  is: Will the status quo hold? Can Fine Gael’s Patrick O’Donovan and Tom Neville and Fianna Fáil’s Niall Collins retain their seats even as the mood for change is blowing  through the constituency?

Fine Gael is clearly hoping that once again, it can buck the national trend where support for the party has been falling and win enough votes to secure their dominance and retain  two seats. Realists within the party accept the vote might be down but holding on will be the key and they believe the party can shade it despite some concern that the addition of Cllr Michael Collins  to the Fianna Fáil ticket could damage Patrick O’Donovan’s vote in Newcastle West.

Other party wisemen however believe that the town will not give up its minister lightly. They also believe that, in the end, caution will win the day.

Fianna Fáil has made no secret of wanting to reclaim Limerick as natural Fianna Fáil territory where the party holds two out of the three seats and  is very keen to increase its vote share. Niall Collins’ seat is as secure as any seat can be, though whether his first preference vote will be affected by his running mate, Cllr Michael Collins, remains to be seen. Party leader Míchéal Martin told Leader reporter Nick Rabbits earlier this week they were in competition for a second seat.” If we can spread the vote there, and get Michael up, I think we can do it,” he said.

While the national polls have identified Sinn Féin as the party with momentum, Independent Richard O’Donoghue is considered by many as the candidate most likely to benefit from the winds of change in Co Limerick. And both Fine Gael and Fianna Fail are acutely aware since the last election that there is a big swathe of  as many as 15,000 first preference votes floating about.

In O’Donoghue’s favour also is the geographic spread of candidates, a non-inconsiderable fact. The majority of candidates are clustered west of the N20 while he has roots in the east of the constituency. He could also benefit from a protest vote where people don’t want to move too far from the centre or from voters  who don’t want to return Fianna Fail to government.

Against that, the possibility that Fianna Fáil might be the anchor party in the next coalition with a possibility of a seat at the Cabinet table might be enough for people to stay loyal to Fianna Fail.

The Sinn Féin candidate, former city councillor Séighin Ó Ceallaigh will be hoping that with such a strong wind behind the party nationally, he will be in contention for a seat. In particular, what should not be forgotten is that in the local elections of 2014, three, virtual unknowns stood for Sinn Féin and got elected to the council. He could also benefit from a youth vote.

The Green Party’s Claire Keating is expected to deliver a good vote.  Her appeal to return a woman TD for the first time in the history of the county has found an echo and young voters in particular will be attracted to her Green credentials. But the Green wave is unlikely to be enough, this time.

With a big field of candidates and only three seats, second and further preferences will be crucial in this election. Overall, it promises to be an exciting count at Limerick Racecourse on Sunday.

Meanwhile in Limerick City, Fianna Fáil’s Willie O’Dea, Sinn Féin’s Maurice Quinlivan are expected to hold their seats comfortably, with a long and almighty battle to fill the two remaining seats from among the ranks of Fine Gael, Labour and the Green Party.

Polling booths open at 7am this Saturday and close at 10pm.