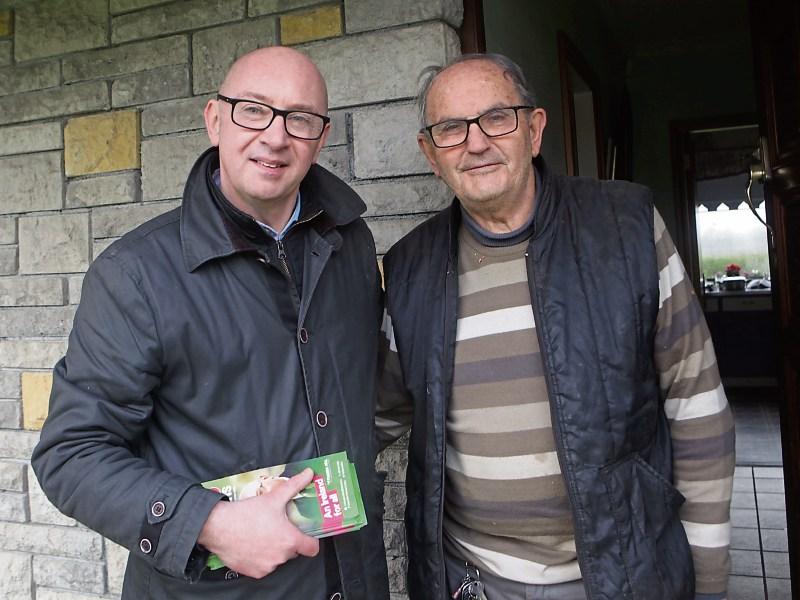 From a standing start two weeks ago Councillor Michael Collins is being tipped to take a second seat for the Fianna Fáil party in Limerick County.

Newstalk presenter Ivan Yates was among the first to call it for the first time Dáil candidate. Michael was added to the Fianna Fáil ticket in Limerick just hours before the deadline for candidate registration but has made up enormous ground since.

You can listen to the podcast here

Catching the mood for change in the county the hardworking councillor has gathered huge support as his energetic campaign has taken him to all parts of the county.

“Health, jobs and housing are the issues people are talking about on the doorstep,” Michael says, “they are fed up with the constant and consistent failure of the current government in relation to all these issues.

“In the last week I find people to be particularly scandalised that €20m can be found to bail out the FAI while disability services across the board are struggling.

“God only knows what money has been diverted from the health sector and a wide range of projects in Limerick to fund the massive overruns being incurred in the building of the National Children’s Hospital. People want to see the back of this government and its failures,” he said.

Support for Collins is coming not just from former government supporters and floating voters, he is also getting huge support from Fianna Fáil people who are re-engaging with the party after being inactive for a number of years.

“I have been on the council since 2009 and have earned a reputation as a hard worker and a straight talker. I deliver what I say I’ll deliver,” Michael concluded.