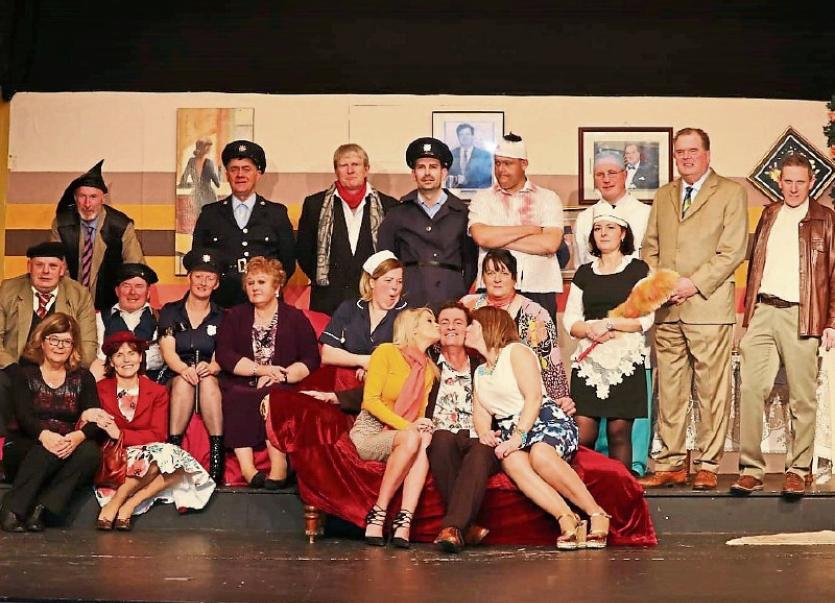 THE energetic and ever consistent Granagh Players had very appreciative audiences for their 2020 production, The Government Inspector, when it opened last weekend.

But the comedy returns for a further three nights this Friday, Saturday and Sunday night at Granagh Community Centre. Originally written as a satire by Russian and Ukrainian writer, Nikolai Gogol in 1836, it was intended as a comedy of errors with a sharp take on human greed, deception, stupidity and the political corruption that was endemic in Imperial Russia. His hope, Gogol said at the time, “ to collect into a heap everything that was bad in Russia and laugh at the whole lot in one go .”

The play has been translated and then adapted several times to suit modern circumstances although the only production in Ireland was at the Abbey in 2012 when it was directed by Roddy Doyle.

Read also: Vote for your favourite photo in our Limerick Snapshots competition

Now the Granagh Players have stepped into the breach with their own witty adaptation, where the council leader of a nameless Irish provincial town is told that a Government inspector is en route for the town but travelling incognito. The council leader pulls his officials together, all worried at what the inspector might uncover and who get to work feverishly to put things in order.

Now enter a penniless stranger who is greeted and treated like royalty, and the comedy of errors unfolds.

This is the company's 13th production, says Mary O’Regan, PRO with the Granagh Players. The Government Inspector is directed by Jimmy Sheehy and has a huge cast of 22, including three newcomers to the stage.